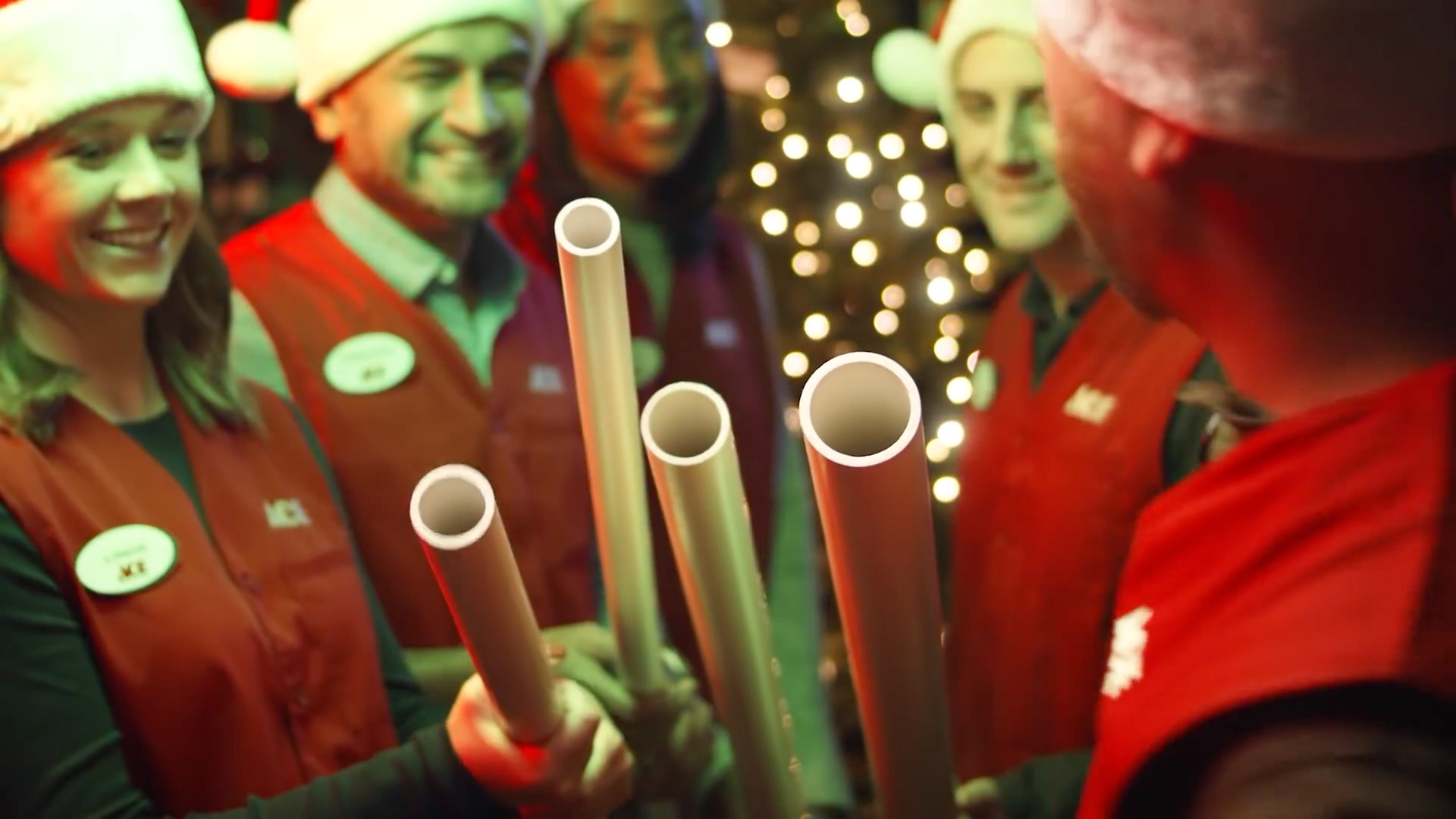 What, no solo leaf blower? Still, we have to admit, Rube Goldberg’s streak with bench blades was impressive. We never saw it coming!

Naturally, Ace influencers are amplifying the efforts on TikTok and Instagram.

In our conversation below, the team behind the project says it all:

Muse: Did you always know you would use real tools and associates, or has that idea evolved?

Dave Petti, Group Creative Director, OKRP: While the song itself has changed several times, the original idea was always to have real music made on real Ace items using real associates. With post-manipulation and mixing, we could have made any object sound like any instrument, but the challenge was to keep it authentic and make a song out of the real stuff you can find in a musician. Ace.

Why did you finally choose “Carol of the Bells”?

Andy Sciamanna, Creative Director, OKRP: We’ve reviewed dozens of holiday classics. The most important elements were complexity and construction. We needed the widest variety of musical elements so that we could experience the widest variety of items on offer in any hardware store. We wanted it to look like a full orchestra playing an Ace.

Can you explain the production process to me?

Mike Cornell, Creative Director, OKRP: We started off creating the track, with our partner Danny Dunlap on Beacon Street. With several trips to his local Ace in Pittsburgh, he recorded and sampled everything needed to compose the full song. No detail was missed – he started with a tuning fork to make sure we got the right notes as he played everything from wrenches, grids, power tools, even PVC pipes and then recorded every “instrument” when the store was closed to make sure we had the quality we needed.

Once we got the song, we made the clip with our director, Gabriel Shalom, who specializes in non-traditional sound experimentation in film. We chose five Ace employees based on their music and dance backgrounds and recreated each section, including the Rube Goldberg device made up of saw blades, for the last piece of the tune.

How did you decide which tools to use?

Danny Dunlap, Composer, Beacon Street: We created a spreadsheet in which every naturally produced tool or item is presented. It was a fun and interesting process because no one ever cared that a Milwaukee drill and a Dewalt drill actually produced two different pitches!

Once we knew what pitches we needed to work with, we then chose the key of the song based on the notes available. We then took some of the smaller items to the studio to record live performances. Each tool was recorded individually, so we would have maximum control over the mix. The parts were performed live by a team of composers from Beacon Street.

Next, we recorded the location of the largest items in an Ace store. Store manager Greg Gold was a very gracious host. He went so far as to turn off the air conditioning so we could get clean recordings of people hitting snot off the Traeger grills. The whole thing took about four days to assemble.

Have you tweaked the equipment to get the right tone?

Danny Dunlap: Fortunately, we found all the pitches we needed without having to modify any of the existing tools.

What was the most difficult part of the project?

Danny Dunlap: The hardest part from a performance standpoint was using the multi-speed drills. It took about an hour of practice to understand this live. It was like learning to play a tiny, battery-powered violin. There are no frets, of course, and the amount of space on the trigger between notes is probably around a millimeter.