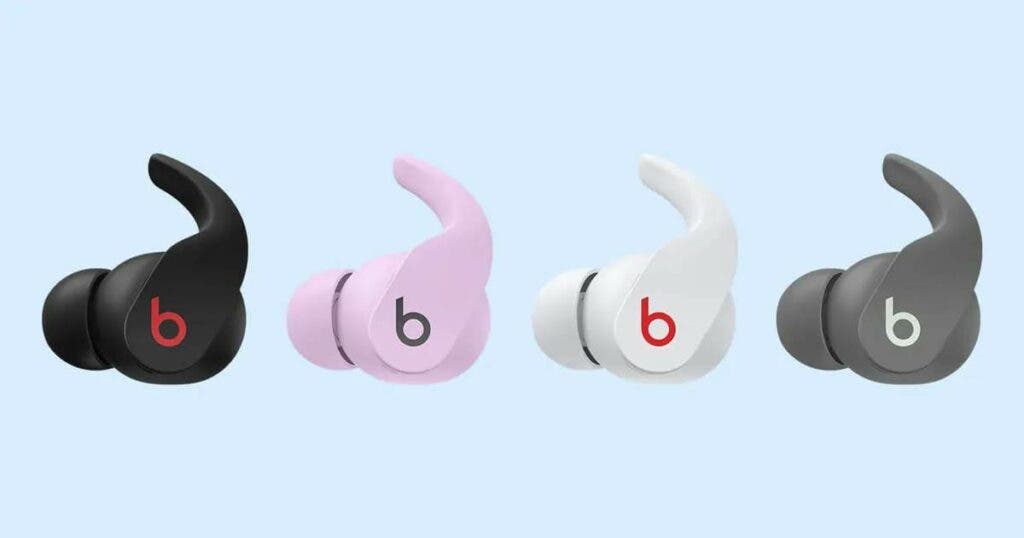 Live images of Beats Fit Pro are currently doing the rounds online, confirming earlier speculation about the upcoming TWS headphones. The recently concluded Unleashed Special Event was graced with the new 14 and 16-inch MacBook Pros. Apart from that, the Cupertino-based tech giant has unveiled new color options for the HomePod mini alongside the AirPods 3.

The tech giant also unveiled new Apple Music Voice plans. As if that weren’t enough, Apple appears to be preparing to pull out another product soon. If previous reports are anything to go by, Apple will be unveiling the Beats Fit Pro soon. While nothing is set in stone yet, a new report suggests the headphones could go official on November 1. In addition, the next audio accessories have been the subject of multiple leaks.

Additionally, live images suggest that the Beats Fit Pro will have wing tips that provide a more comfortable fit. Other than that, the headphones appear to sport an in-ear design. In its previous report, 9to5Mac suggested that the Beats Fit Pro will support ANC (Active Noise Cancellation). Additionally, the outlet claims the headphones will pack Apple’s H1 chip so they can pair with other Apple devices instantly.

What else to expect?

The battery of the Beats Fit Pro TWS earphones will last six hours if ANC or Transparency mode is active. However, the battery life will extend to seven hours with Adaptive EQ. Likewise, using the charging case will extend the battery life of the Beats Fit Pro up to 27-30 hours. For connectivity, the headphones would use Class 1 Bluetooth. Plus, they come with a built-in accelerometer to minimize outside noise.

The official-looking renderings from 9to5Mac also imply that the Beats Fit Pro will be available in four color options. These include white, purple, gray, and black. Additionally, the Beats Fit Pro will support quick pairing and offer battery levels. They will offer custom controls on Android through the Beats app. As mentioned, the new TWS headphones will go official on November 1. Deliveries of the Beats Fit Pro could begin just days after their official launch.