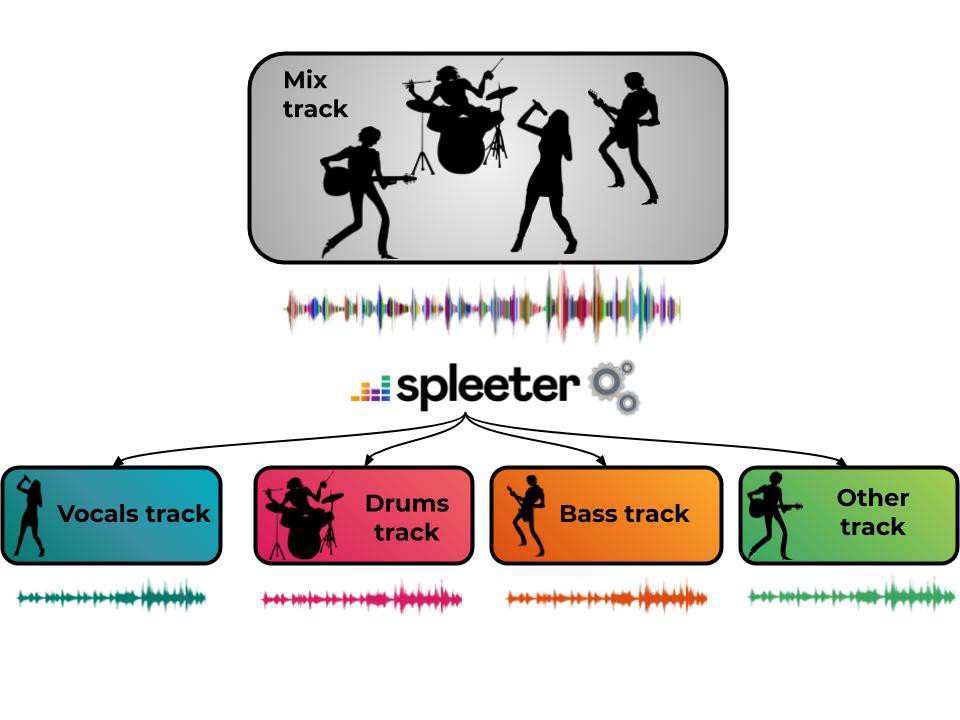 Create stems from any stereo audio file, free from Deezer

Deezer unexpectedly just released an amazing and powerful tool that they let anyone use for free.

Deezer announced ‘Spleeter’, its new free tool that can split stereo recordings into stem files. Spleeter claims to be able to separate individual tracks in a sound recording, supposedly giving you access to isolated channels for vocals, drums, guitars, and more.

Being able to split the elements of a track after they have been merged into a single file is a much sought after thing, but apparently very difficult to do. Deezer compares Spleeter to the human brain, in the way it is able to detect and isolate individual tracks in an overall mix.

They say, â€œInterestingly, our brains are very good at isolating instruments. Just focus on one of the instruments [in a track] and you can to listen it is quite distinctive from others. So, harnessing the idea of â€‹â€‹being able to distinguish elements of a track when we hear it, Deezer set out to make that process a digital reality.

They continued, â€œIt’s not really separation, you still hear all the other parts. In many cases, it may not be possible to exactly recover the individual tracks that have been mixed together. The challenge is therefore to approach them as closely as possible, that is to say as close as possible to the originals without creating too much distortion.

Spleeter has many potential applications ranging from remixing music using isolated tracks to researching and teaching music. It also advances the field of music information research, opening up the opportunity for other researchers to examine Deezer’s technology and see how they could improve it even further.

While not a perfect audio splitter, it is nonetheless an impressive technology capable of splitting audio 100 times faster than in real time. Spleeter is also licensed under the MIT license, so not only is it free to use, but also free to use however you want, but you will need to keep copyright in mind if you use it. on music for which you are not the copyright owner. .

Deezer released the technology to further research in the field of audio splitting. As they themselves say: â€œSpleeter is a neat tool, but we do not in any way claim to have resolved separation of sources. It is our contribution to a living, constantly growing and open ecosystem and, hopefully, something that others will build on as well.

â€œFinally, it should be emphasized that music mixing is an art and that mastering sound engineers are artists in their own right. Obviously, we don’t intend to interfere with their work in any way or affect anyone’s credit. When using Spleeter, please do so responsibly.

Find Spleeter on GitHub where you can use and hack it for free right now.

The Rise of Billy Strings