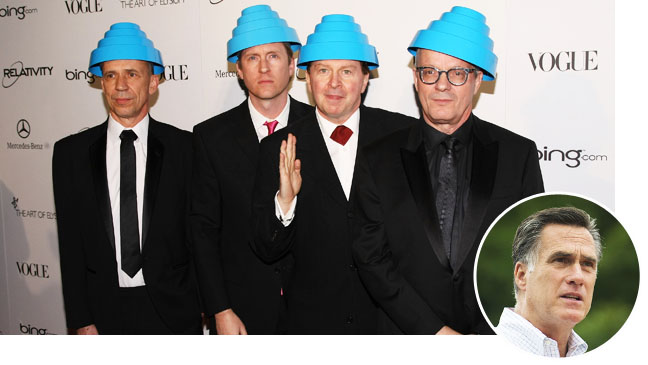 In politics, almost anything can come back to haunt a candidate, even a long-dead pet.

After the announcement on Tuesday that Devo would publish an ode to the presidential candidate Mitt Romney‘s dog, the new wave rockers followed and unleashed â€œDon’t Roof Rack Me, Bro!â€ (Remember Seamus).

The song is inspired by a 1983 incident in which Romney tied his Irish setter, Seamus, to the top of his car via a cage attached to a roof rack and drove for 12 hours. The dog reportedly had diarrhea and Romney put it there to dry off after watering it.

Unfortunately for Romney, the Seamus incident has fueled late-night comedians and political opponents since his first presidential candidacy in 2008.

In the new song, singer Devo Gerald V. Casale hums about hot political topics like Super PACS, but spends most of his time expressing sympathy for Seamus.

â€œYour old master is on the attack. If he was honest and told the truth, he would go to jail for what he did to you, â€sings Casale. “Seamus, why did he bring you up outside?”

The song is just the last track from Casale’s Seamus-crusaide. The singer previously launched RememberSeamus.com, where he urges visitors to choose “a non-human as the most prominent political figure in this election.”

As if Devo’s song wasn’t enough, Romney also struggled with indie rockers The Silversun Pickups on Wednesday, whose members sent his campaign a cease and desist letter for using one of his songs. during events without authorization. The campaign released a statement saying the song was “inadvertently played while staging the event before Governor Romney arrived at the scene.”

Listen to Devo’s new song below.