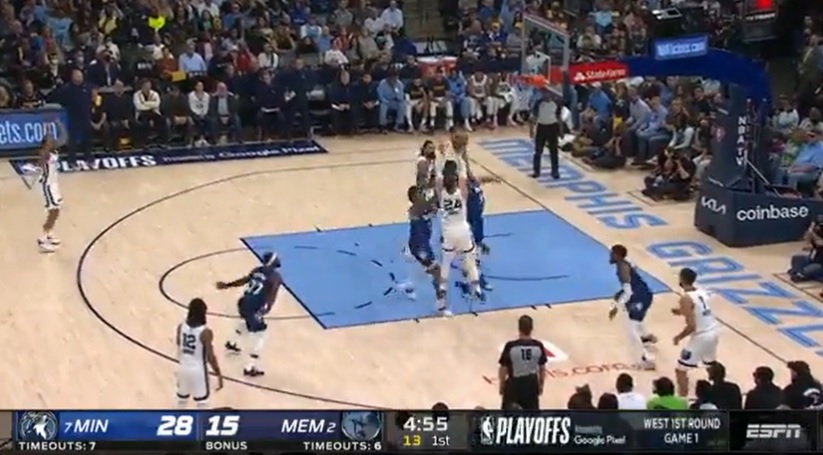 If you’ve ever watched a sporting event and been upset by the announcers, we can promise you one thing: What happened during ESPN’s broadcast of Game 1 of the first-round playoff series from the NBA between the Minnesota Timberwolves and the Memphis Grizzlies was worse.

With 4:55 left in the first quarter, Dillon Brooks of Memphis had a shot. His shot went in. Before that happened, however, the ESPN broadcast’s audio stream died out. Normally this could mean silence. And while the silence in a show might be awkward, it would have been much better than the sound we got. What happened on ESPN’s broadcast was very irritating and anything but silent.

The problem persisted for about a minute. At that time, ESPN switched to advertising. When the broadcast returned, the studio team was calling play. The studio team continued to call play until the second quarter began. At this point, the audio issues were resolved and the regular team resumed calling the game. In total, the audio was out for over 20 minutes in real time.

Whatever the issue, we can only hope he doesn’t return anytime in this game, for the rest of the playoffs, or on any other show or TV show ever aired. It was only a minute but it’s a minute no one wants to relive.

Netflix titles to watch in April