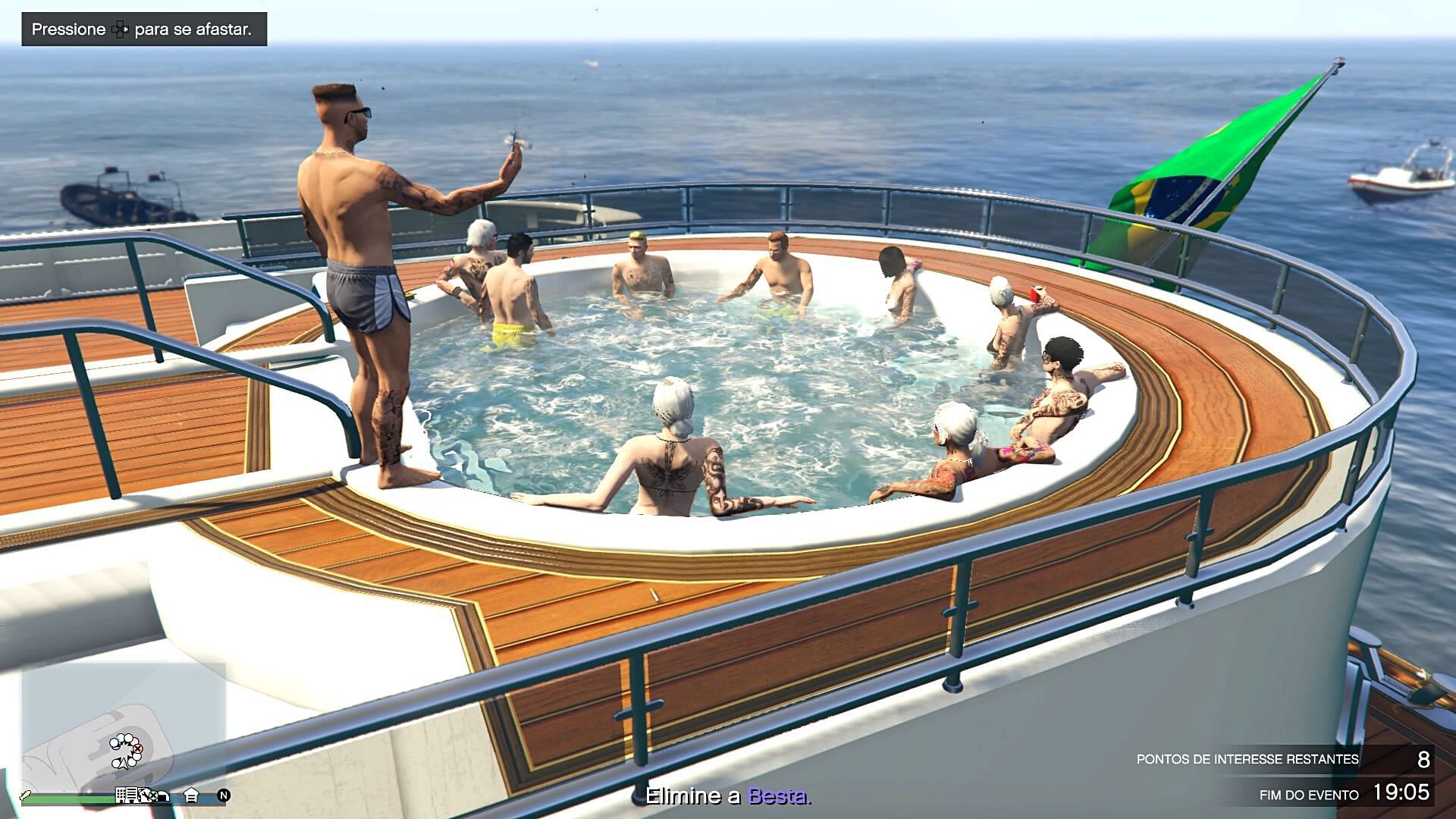 GTA Online is one of the most popular online multiplayer games in the industry today, and part of that experience is meeting different kinds of people in-game.

Befriending other players is one of the key aspects of any online gaming experience, and GTA Online is no exception. Players like to bond with each other and become friends over time. One such incident happened when a player met ten other Brazilians in the game lobby and decided to throw a party on a yacht.

Players had a great yacht party in GTA Online

As seen in the aforementioned Reddit post, Last-Educator3947 shared a gameplay photo from GTA Online where they met 10 Brazilians. They said:

“It finally happened… today I met 10 other Brazilians in a hall and we had a party on a yacht.”

In the photo, all of the players appear to be having a great time on an in-game yacht. They all looked quite relaxed in the pool as they cruised around the yacht. The user also mentioned that a griefer was trying to spoil the experience by attacking the yacht from the back. They mentioned:

“You can see on the map there was a player on a submarine…he tried so hard to ruin the party, I was in awe of how strong that yacht was as we were just there dancing for that he was bombing non-stop lmao who that must be why it’s so expensive”

Players on Reddit loved the encounter and shared their humorous reactions to the post by commenting on it. One such user, RacingWalrus, wrote:

“Damn, I love Brazilian pool parties. Also would have been a great opportunity to unlock ‘fill a titan with players and make it fly’

Another user shared his surprise to see so many Brazilian players in the lobby:

“There is like a Brazilian people in this hot tub. Way more than I’ve ever had. Max like 5″

Here are some of the best fan reactions to the user’s post:

It’s good to see such a community building in the game’s lobby. Fan love and support is one of the main reasons Rockstar always supports the game by releasing weekly content updates.

This week’s update added a new Halloween-themed Adversary mode to GTA Online called Judgment Day. In this new mode, players can either be a horseman and hunt down the hunted, or be the latter and try to survive until dawn.

Racers are equipped with the following perks when they start a game:

Hunted, on the other hand, can pick up weapons scattered around the area. They can also revive their deceased teammate(s) by eliminating the Rider(s). They can hear audio cues when a passenger is nearby and should avoid getting too close or they will catch fire.

Racers must find and eliminate all chased players in a match to emerge victorious. On the other hand, Hunted must survive until dawn, run the time limit or kill all the Riders team members in the last minute of sudden death, to win the game.

Players can earn double rewards throughout the week by playing the aforementioned Judgment Day Adversary Mode and even win $300,000 by winning 3 rounds of the game.

For full guides and walkthroughs, check out SK GTA Wiki