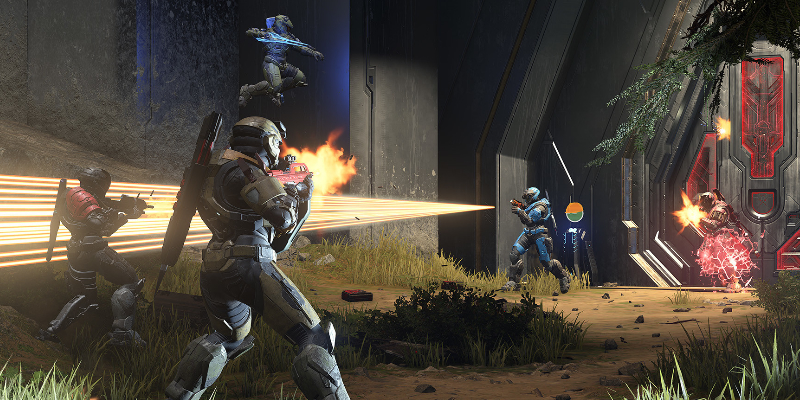 Halo Infinite’s BTB to get another fix, store can see more changes

343 Industries is still working on the multiplayer component of Halo Infinite, which has had numerous issues since launch. Some positive changes have been made, such as adjustments to the in-game store. The issues persist, but the company announced late last week that changes are on the way. Big Team Battle, or BTB, has been off since December. The recent fix wasn’t enough, but the team is hoping for a better turnaround. In the announcement, the team wrote that a new update is coming for Infinite Halowhich will hopefully fix Big Team Battle – there’s also an update on the store.

Failure, as they say, is an opportunity to learn. 343 writes that taking what he learned with the previous patch, he believes the update “will resolve the main issue impacting the BTB playlist”. John Junyszek, Halo senior community manager, writes that the team did a playtest of Infinite Halo with the BTB fix. According to him, it is “successful” and the certification should pass today. 343 expects the patch to go live this Thursday, February 3.

Yes, cat ears are coming back

Junyszek also opened up a bit more about the Infinite Halo in-game store. The changes to the store came at the start of the recent Cyber ​​Showdown event. Many cosmetics have seen their prices drop due to player backlash. Junyszek writes that the developer will continue to look to improve things, as initially the company “didn’t deliver on value, quality, or price.” He mentions that 343 is now monitoring feedback on new store item prices and may change things later.

“Our quick post-holiday shift was in recognition that we weren’t delivering on value, quality, or price,” Junyszek wrote. “The offerings we are currently running, and will continue to run throughout S1, are aimed at helping us figure out what works and what doesn’t. It will take time, but we know our learnings here will positively impact Season 2 from the get-go.

Bundles should also return to the store, writes Junyszek. Players should soon see bundles returning to the store, while others may be split and singled out on a piecemeal basis. To end the post, Junyszek says that, yes, the Purrfect Audio headphone attachment will return one day. Rejoice.

Until then, we’ll have to wait and see if the new patch for BTB works in Infinite Halo. Watch this week.