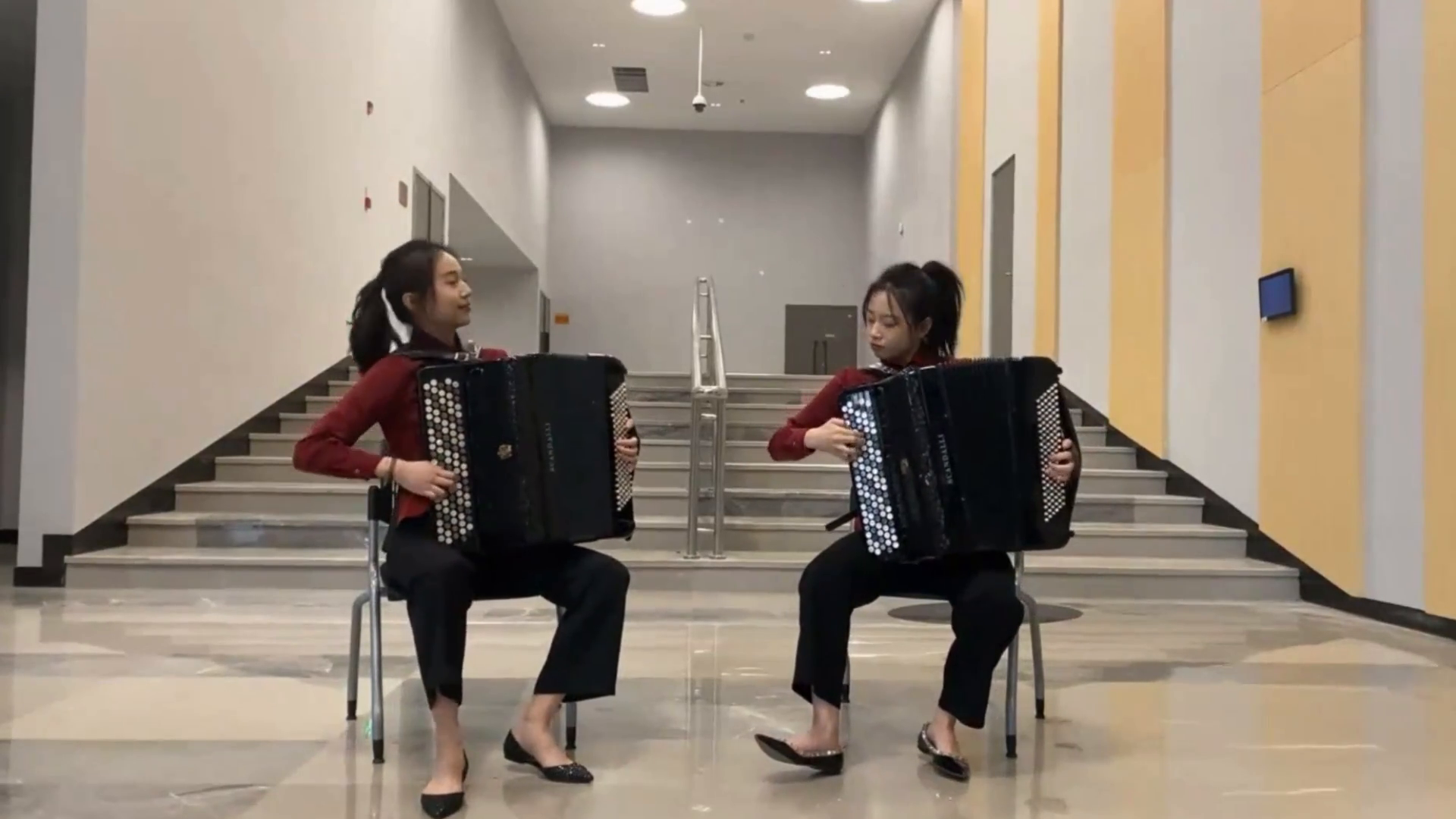 An online concert presented Friday afternoon by young musicians and international students from the Shanghai Conservatory of Music has lifted people’s spirits during the COVID-19 pandemic lockdown.

The “Healing Together, Go Shanghai” concert featured live jazz, piano, bayan, and vibraphone performances, as well as songs including “I Love You, China” and “We are the World.”

The concert was organized by the local conservatory, the Shanghai People’s Association for Friendship with Foreign Countries and other parties to attract the mighty force of music to unite all hearts “towards the future” in these difficult times.

Both live in a dormitory at the conservatory branch campus on Lingling Road in Xuhui District.

The housemates said the new semester began on March 6 but their university quickly entered closed-loop management due to the resurgence of the COVID-19 pandemic.

“So we haven’t left campus for a long time, which also pushed us to learn cooking because we have a kitchen in the dorm,” Kim revealed. “We learned from YouTube videos and cooked Korean dishes such as kimchi fried rice and soybean paste soup.”

They also created a vlog to record their life on campus.

“While shooting the videos, we also made some new friends, so that’s pretty interesting,” Song noted.

In the previous two weeks, they could walk around campus, go to piano rooms to practice, and take other classes online.

But now the entire Puxi area of ​​Shanghai, on the west side of the Huangpu River, has entered the gradual lockdown. So they have to stay in the dorm with packed lunches delivered to their door.

Both Kim and Song said they discovered Chinese cuisine, having lived in the city for years while their fathers worked there.

Although they can’t leave their dorm now, the duo aren’t worried as they have a lot of classes to attend and a lot of homework to do.

When they learned from their teacher that there would be an online concert for people affected by the pandemic, they agreed to play two piano four-hand pieces.

They practiced for five hours to record the performance which was played at Friday’s concert.

“I hope our music will bring some relaxation and joy to people tired from the pandemic,” Song remarked.

“With music, I hope we will soon have the confidence to defeat the pandemic,” Kim added.

The conservatory’s Voice of the World choir, made up of 27 members from 13 countries and regions, sang the well-known song “We are the World”, conducted by Montealegre Carvajal Edwin Roberto from Costa Rica.

Roberto enrolled in college in 2019 and returned home for winter break in early 2020 before the pandemic hit. When he attempted to return, flights were canceled due to global travel restrictions, causing him to take a year off from his studies. He then resumed his course by taking online classes but with a time difference of 14 hours.

This isn’t the first time Roberto and his choir members have performed the song. Two years ago, when the whole world was on hold due to the pandemic, he and his friends used the tape lab to produce the work online.

Being in different countries, the choir members recorded their own parts and put them together.

It was hard. Take the piano part for example. The pianist was in Malaysia, so after sending the audio to Roberto, he had to check every detail of the audio. He did his best to pinpoint every detail — he even found a 12-second delay — so she could improve and give a better version.

It took them almost a month to produce a video of the performance. But their efforts paid off and the video became hugely popular after it was released in July last year.

Roberto said the song carries the message of being together perfectly.

“It’s a message I want to send that even when we have differences, we have to be together because that’s the only way to overcome all the problems humanity has right now,” he said. declared.

“Because if we continue to fight against each other, it will be even more difficult to overcome such situations.”

Roberto revealed that his band is preparing another song – “Heal the world” – which should be released later with the same message.

A screenshot of the “Healing Together, Go Shanghai” concert presented by young musicians and international students from the Shanghai Conservatory of Music.

Friday’s concert drew tens of thousands of spectators, with many messages like “Thank you, Shanghai Conservatory of Music! Come on, Shanghai!”

Jeon Yeseul, a South Korean doctoral student at Fudan University, said she was a linguistics student but loved music. Having played piano and violin since childhood, she is now a member of the Fudan String Orchestra.

She was happy to attend Friday’s concert. “World music embraces the world. That’s how I felt after watching the concert,” Jeon exclaimed, adding that she loved every part of the event.

“The last song, ‘There are so many people in the world,’ brought me to tears,” she said.

“This concert really made me feel like everyone is one in any country on Earth. I’m also an international student who loves China and the world. We are the world, stay strong . Support Shanghai. Have fun and win together!”

Narantsatsral Khongorzul, also a Fudan linguistics student from Mongolia, said she was amazed to watch such a good concert during the lockdown.

She liked the jazz track “Reunion” the most because it reflects people’s wish to come together after the pandemic.

“All doctors, disease control staff, grassroots staff and volunteers are working hard to fight the virus in Shanghai now,” she said. “I hope the music brings hope and confidence to everyone. Let’s be together and overcome the situation as soon as possible.”

Tamasha Live is now available on the Google Play Store