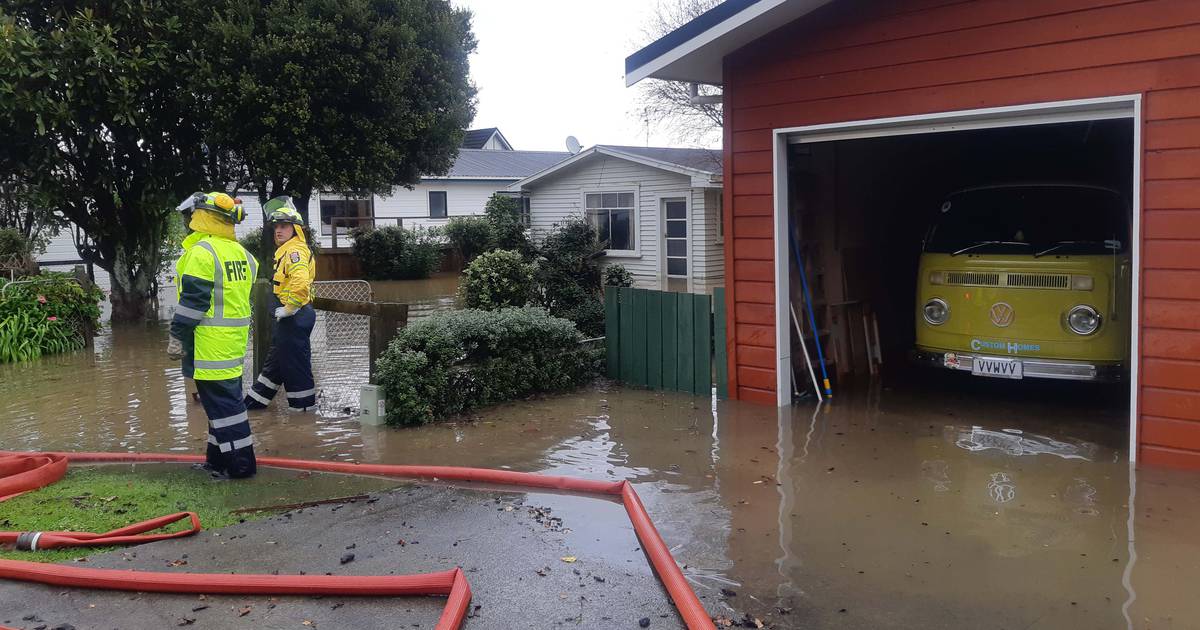 Thunderstorms, heavy rain and strong gusty winds are expected across much of the country through Monday as a slow-moving winter storm moves across Aotearoa.

Hail, snow and small tornadoes are also expected in some areas.

Three houses were flooded at 5 p.m., while many others had floodwaters on their homes, gardens or garages, the council said.

No residents had to evacuate at this stage.

The forecaster said the thunderstorms could bring large hail over 20mm in diameter, damaging winds over 110km/h and possibly a tornado or two near the coast. He said any potential tornadoes would only occur in very localized areas.

Heavy rain and high wind warnings are in place for parts of the lower North Island, Marlborough, Westland, Buller and the Canterbury High Country.

A watch for heavy rain and strong winds is also in place for much of the country.

MetService warns that strong gusts of wind can cause structural damage, including to trees and power lines, and can make driving dangerous.

Meanwhile, a heavy snow watch is in place for the Queenstown Lakes District and parts of the Canterbury High Country through Sunday afternoon.

No room for debate over digital content of online versions of newspapers: Editors’ Council

Braun, Aerogarden and Wayfair: the best online sales of the moment