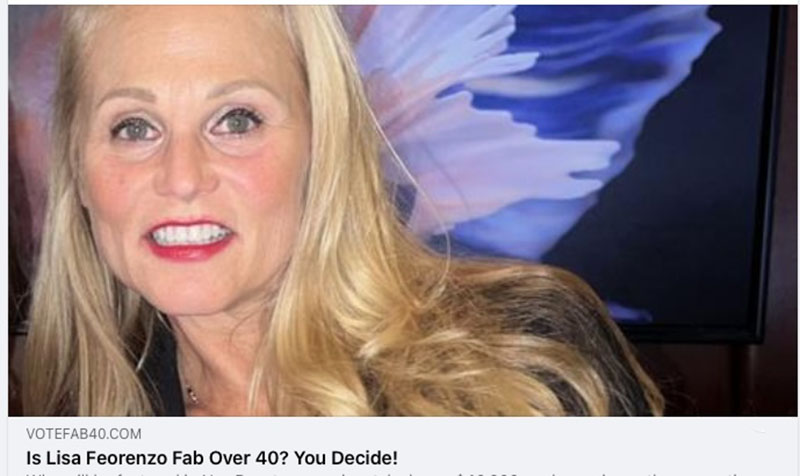 Lisa Feorenzo from The Observer is entering a contest called Fab Over 40 and she stands to win a big prize if she wins. But she needs our help to get there.

Would you vote for her every day until October 20?

Click here — and once there, click FREE VOTE. You’ll need to verify by logging into Facebook, but it only takes a few seconds. One free vote every 24 hours.

Thank you, everyone, for helping Lisa overcome the hurdle to win the contest!

Kevin A. Canessa Jr. is the editor and broadcaster of The Observer, a place he has worked on and off since 2006. including the weekly editorial), making live broadcasts on facebook live, including a weekly news recap – and much more behind the scenes. Between 2006 and 2008, he presented his very first blog to the newspaper, which included podcasts, audio and video. Originally from Jersey City, Kevin lived in Kearny until 2004, lived in Port St. Lucie. Florida, for four years until February 2016 and in March of that year he returned to West Hudson to return full time to The Observer. Click on here to email Kevin.

From bad credit and bankruptcy to financial skills and success