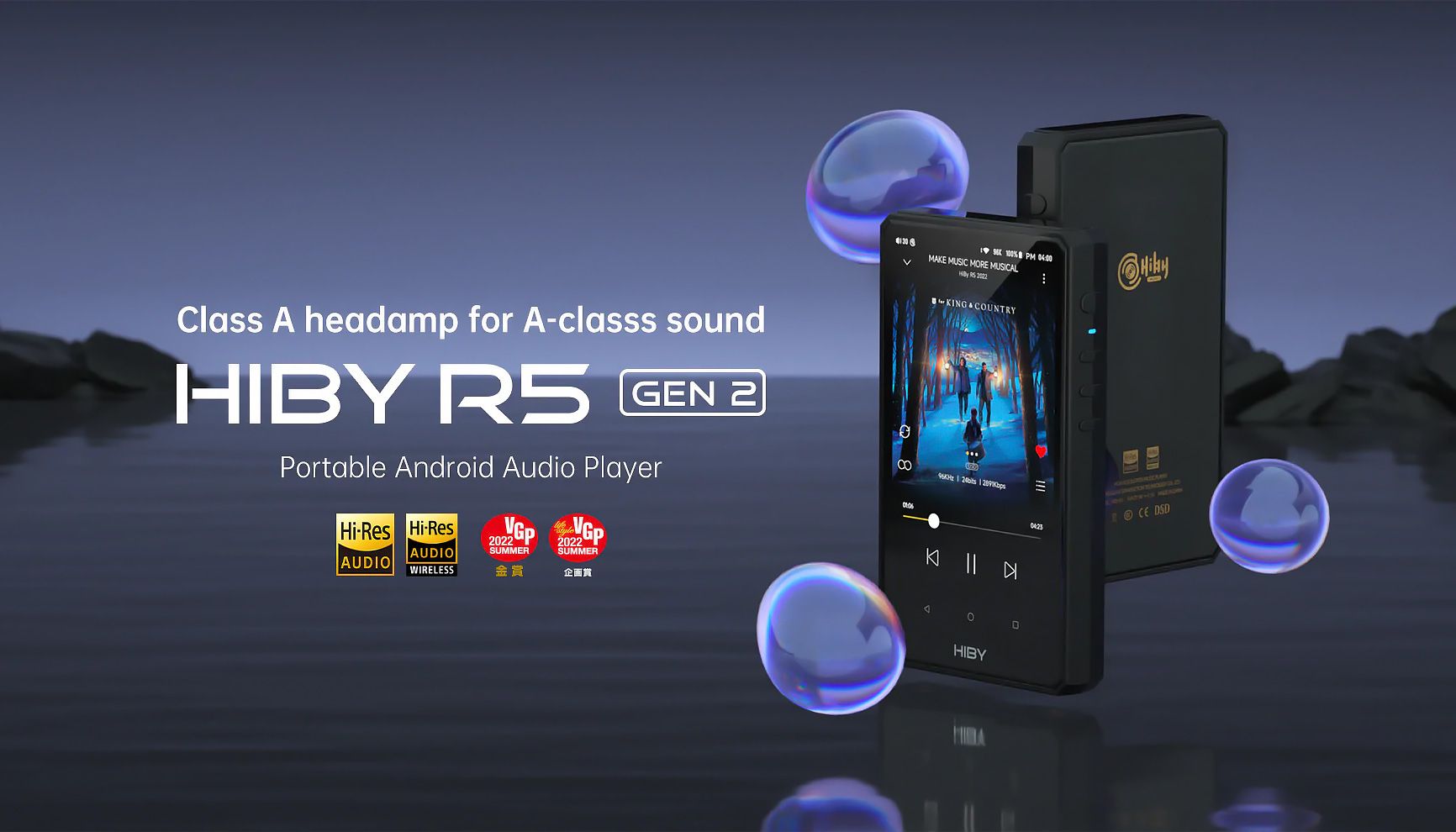 We are back with our second DAP report of the fall! Today we have a serious contender for your audio dollars with the HiBy R5 Gen 2. At $449, it’s a mid-range player that offers more battery life, sound quality, and features. DAPs aren’t for everyone, but if they’re for you and you can’t stand the thought of spending over $500 on one, this is definitely a player to consider!

Why choose a DAP?

Let’s state the obvious. In 2022, nobody really Needs plus a dedicated DAP. It’s a known fact and it won’t surprise or offend anyone, including brands like HiBy who continue to make great digital audio players. But just because you don’t need a DAP doesn’t mean it’s not a very nice thing to have that can absolutely elevate your listening experience, including acting as an external sound card when you connect it to your PC. For this reason, there is still a devoted following of audio enthusiasts who carry DAPs with them every day.

Makes sense if you’re into the audio hobby. Audiophiles seek the best listening experience, no matter where they are. Going from a great setup at home to a paltry built-in headphone jack when you leave the house is irritating. In such cases, many people turn to dongles, but what if you need more power? Then you’re looking at a bigger dongle, sometimes even as big as a DAP itself.

But then, there’s something to be said for having a dedicated device just for listening. It’s the same reason the iPod Touch has been popular for so many years: no distractions, no notifications, just your favorite music in the best possible quality. It’s a specific urge, something you have to be a big music fan to really understand, I think. But if you know, you know.

Dedicated DAPs like the HiBy R5 Gen 2 have other advantages. Because they have a job, their components inside are all selected based on audio delivery. The circuit is designed to provide the best sound quality with the least noise and distortion and the highest dynamic range. DAPs also typically provide more power than you’ll find on a single dongle and often feature balanced connections for quick compatibility with more headphones.

These days, the best DAPs also feature Android operating systems, so you have access to your favorite streaming services. Of course, local file support is also a given, including all popular lossless file formats. There’s built-in storage, but you can also use a microSD card to expand storage up to 2TB.

So DAPs may not be objects for everyone, but they certainly still have a dedicated audience that finds value in them. If you’re an audio enthusiast, having a dedicated listening device is rewarding and can improve the listening experience noticeably. If you enjoyed an iPod back then, a modern DAP takes that same experience a step further. 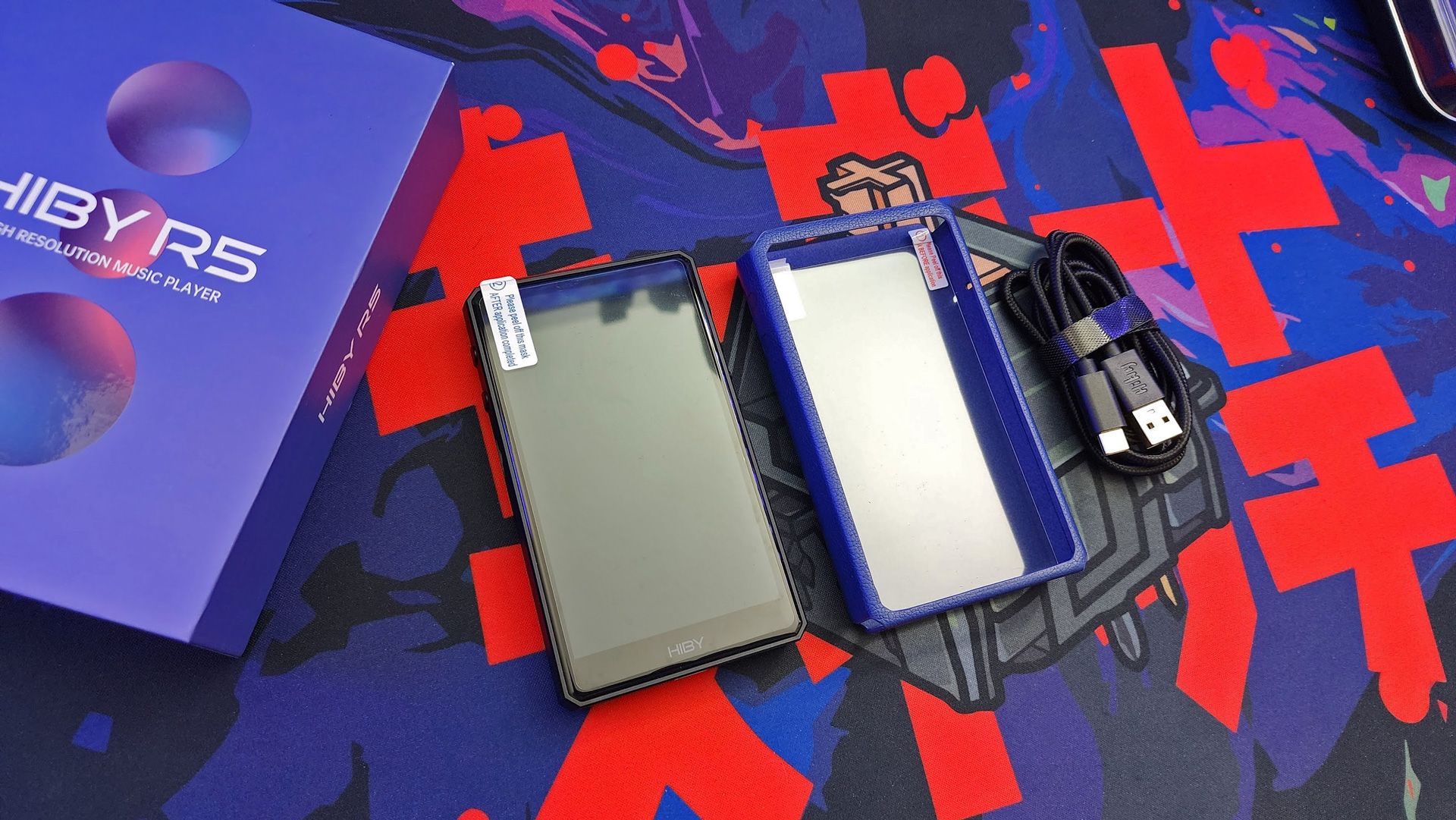 The HiBy R5 Gen 2 is a very well made product. My first impression when I got it in my hands is that it reminded me a lot of the Fiio M11 Plus that I reviewed in March. This DAP costs $699 for the HiBy to create such a great first impression is very impressive. Even though it’s a little smaller than the M11, it features an all-glass front and back with a sturdy, chunky metal chassis in the hand. The screen is also 4.7 inches and 720p with decent brightness. There’s nothing cheap or mid-range about the build quality other than the screen not going to 1080p (which doesn’t really matter at this screen size and on a DPA).

This premium design also extends to the internals, for the most part. The HiBy R5 Gen 2 features a Class A amplifier circuit with a discrete output stage. For non-techies, this means the drive is capable of producing continuous high power with low distortion. This mode is power-hungry, but it can also be run in economy mode, which reduces power output. 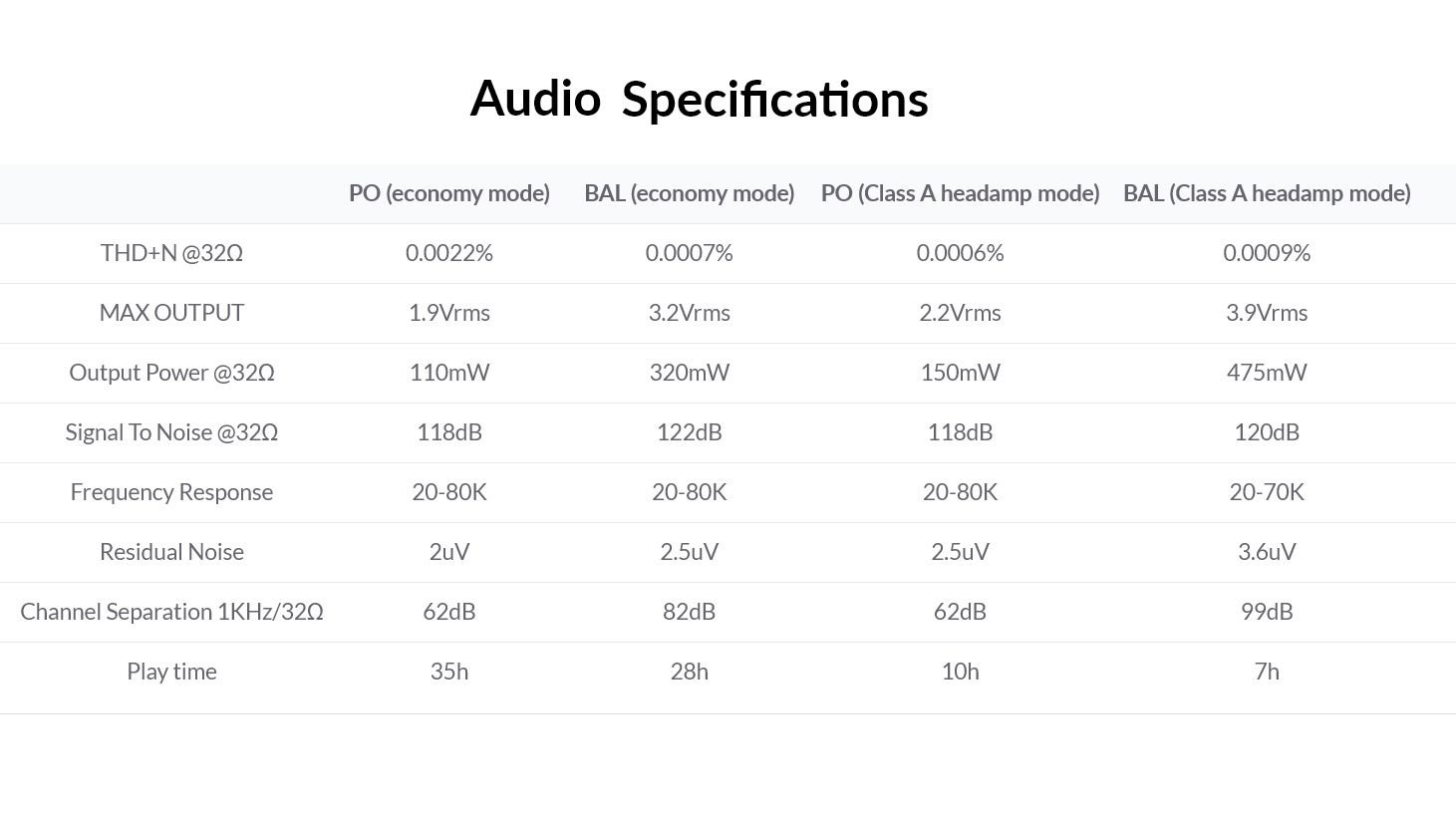 The specs above break down the differences between the two modes, but for now, let’s stick to the power. In economy mode, the R5 is capable of outputting 110 mW and 1.9 VRMS from its single-ended connection and 320 mW and 3.2 VRMS when operating in balanced mode. Turn on Class A amplification and that goes to 150mW and 2.2VRMS unbalanced and 475mW and 3.9VRMS when balanced operation. There are some minor differences between THD and SNR, but both are inaudible if you are a mere human.

There is a big difference in battery life though. In economy mode, the R5 can last up to 35 hours (!!!). It’s ridiculously long and a huge selling point if you don’t like to reload often. In Class A mode which drops to 10 o’clock. It’s a major difference, but I found nightly recharges worth it for the sound the Class A provides. More on that later.

Power output is decent but not mind-blowing. The iBasso DX170 offered a lot more, for example. There’s enough power here to drive a wide range of headphones and headphones, especially if you’re using Class A amplification and through a balanced connection.

For $449, you can expect full access to your favorite streaming apps. The R5 runs Android 8.0, which now looks old, but works well and works great for Amazon Music, Tidal, Spotify, and any other music app you might name. The Google Play Store is pre-installed. HiBy has its own HiBy OS layer running which seems to improve performance over a standard Android install like the iBasso DX170.

For $449, you can also expect mediocre hardware. It runs a Snapdragon 425 and only has 2GB of memory. It’s not state of the art but doesn’t really need to be with Android 8.0 and HiBy’s own HiBy OS. You obviously won’t be able to play with the device, and web pages will sometimes stutter, but for listening to music and basic browsing it works pretty well. 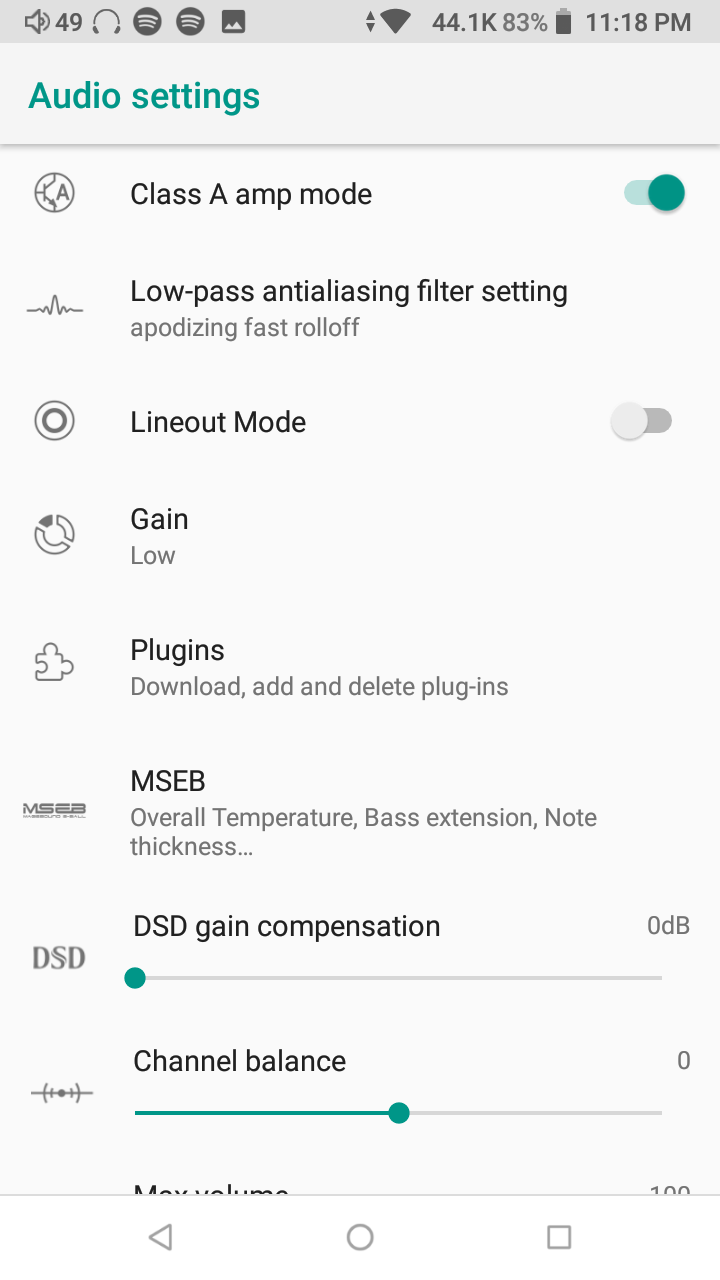 Tap into the menus and you’ll find a dedicated tab for audio settings. In this menu, you will be able to activate Class A mode, change the current filter setting, adjust the gain, and change a handful of other parameters. HiBy also offers several plugins to increase the soundstage, lock the sample rate, etc. 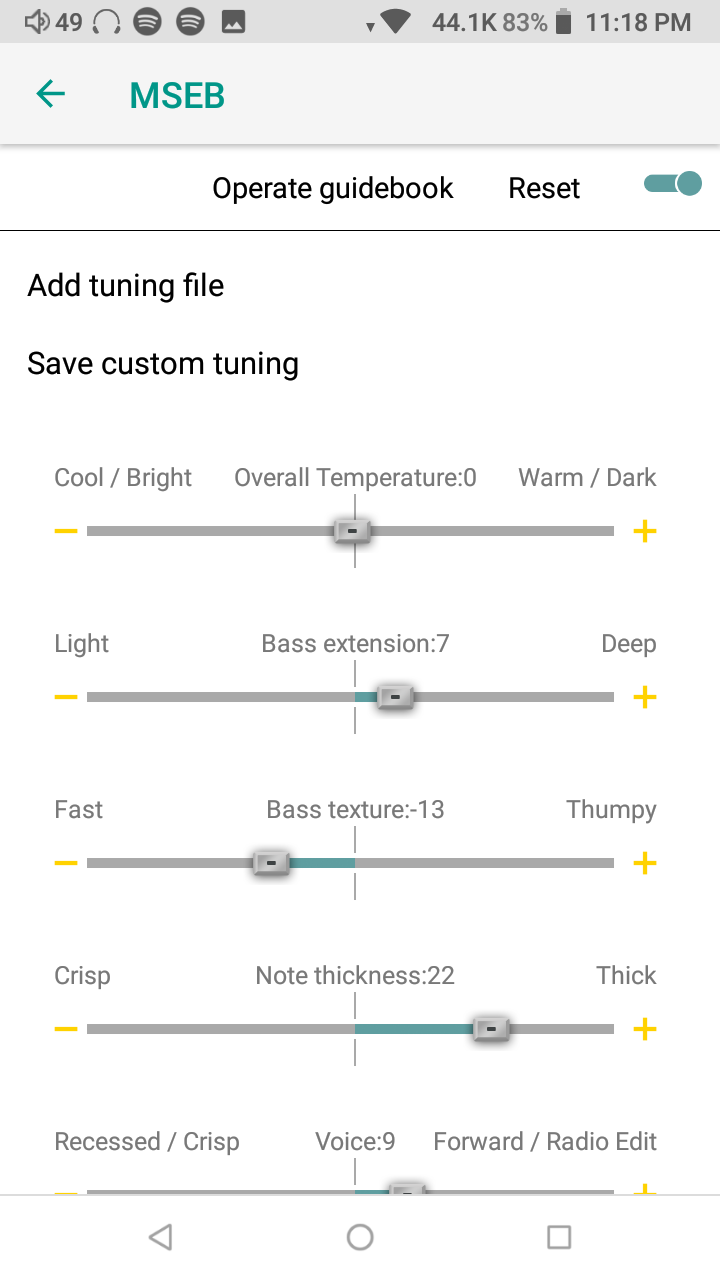 Most interesting is the MSEB menu, which when tapped opens one of the most unique equalizers you’ll find on any audio device. Instead of breaking the EQ down into bands, HiBy instead uses much easier to understand audio descriptors. Want faster bass response? Adjust this slider. Do you like vocals a little more forward? Lightly press the tab to the right. Want more air? “Intoxicating” female voices? (Okay, that one is still a bit confusing). You guessed it. Adjust the slider. It’s new but feels especially accessible for audio newcomers.

I’ve had the HiBy in-house for several weeks now and have spent a lot of time with it. I was also lucky to have its biggest competitor, the iBasso DX170 in hand at exactly the same time. Even though this DAP was good, the R5 Gen 2 is awesome and the one I would choose every time, even though it has lower power output.

The reasons are simple. It sounds better. He feels better. It spins better. The DX170 does a lot of things right, but the HiBy nails the fundamentals in a way I like a lot more.

From the sound, you really have two choices. Economy mode is brighter and leans towards clarity. Turn on the Class A amplification and the whole sound warms up. There is more weight and body in the music. The voices advance a little. The soundstage widens slightly. I don’t know what intoxicating female voices are, but I know what intoxicating sound is and that’s it. But, if you’re more into treble and crystal-clear dynamics, economy mode will suit you well. It’s all about taste. 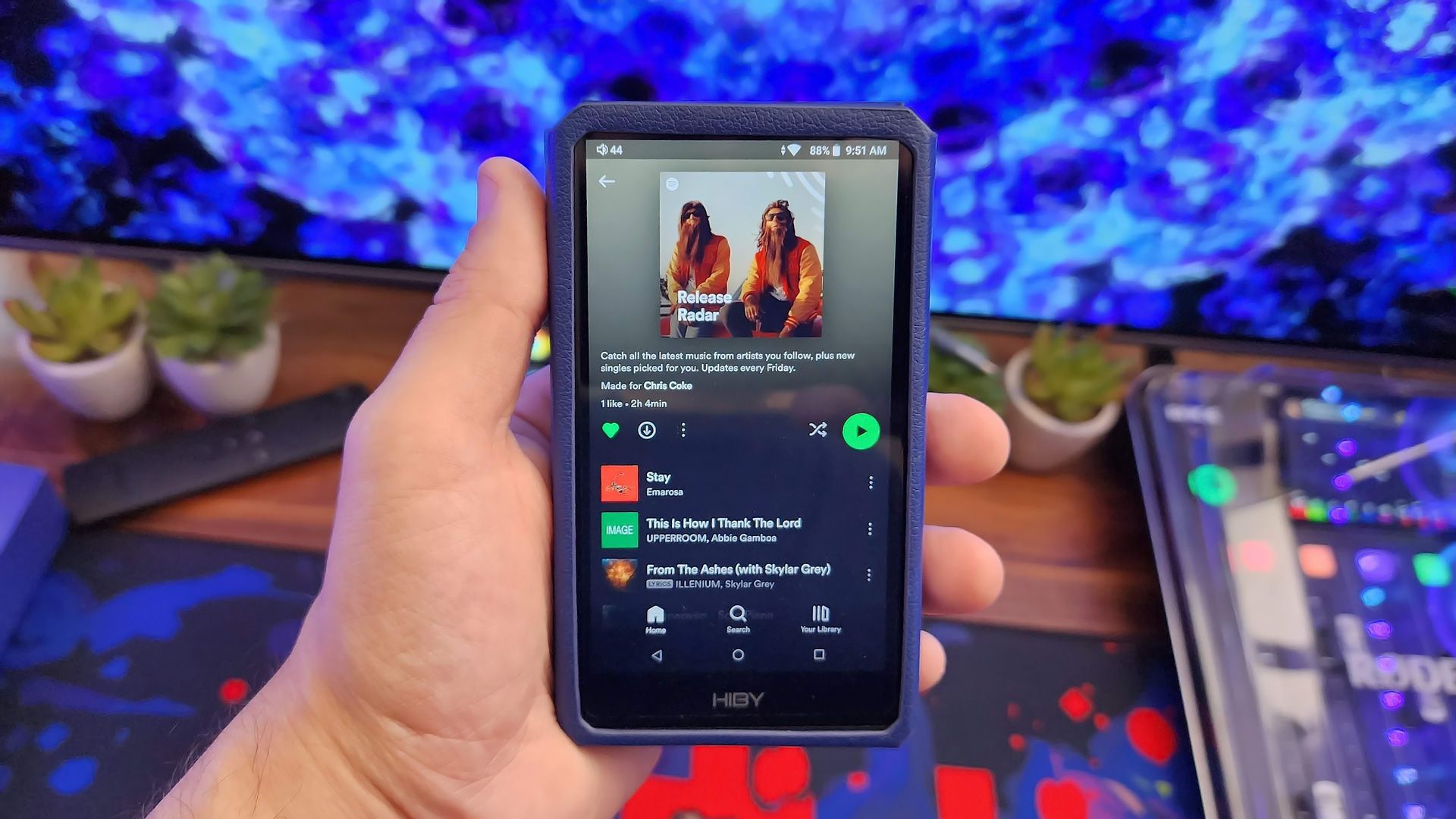 Well… not exactly everything. Economy mode also has this amazing battery life. 10 hours in Class A mode is worth it, in my opinion, but with 35 hours of listening (28 hours in overbalanced), recharges will be rare. That’s a really impressive game time.

I also expected the performance to be slower than it was. The R5 runs significantly faster than the DX170. Both are easily usable, but the R5 is faster, which is a testament to the optimizations made by HiBy. Don’t load UK tabloid websites or you’ll experience some lag, but browsing the music apps is quick and easy.

Another highlight is the system-wide EQ. Even my Fiio M11 Plus didn’t come with this. They are readily available on the Google Play Store, but it’s nice that you don’t have to spend the extra few bucks to buy one after buying such an expensive device. 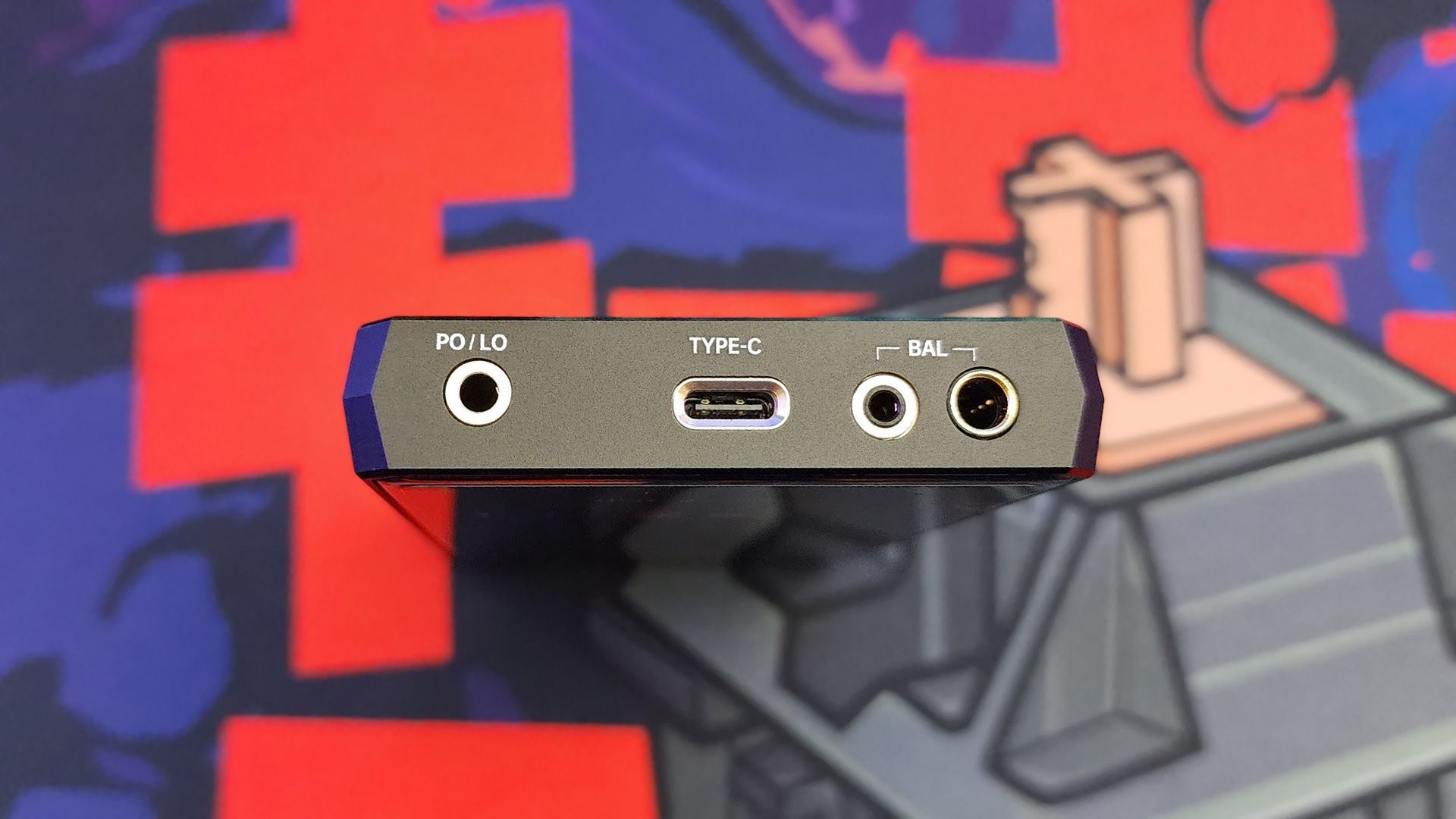 The R5 just feels better to use. There’s no volume wheel, like the DX170, but the buttons work well and exactly as you’d expect. There’s no weird acceleration like DAP’s. The body thickness is just about perfect for medium sized hands as well. I’m 5’8″ and average height so I don’t have gorilla paws, and if you do it might feel a bit cramped. I think most people will be fine.

My biggest complaints over my few weeks of use are that it tends to get hot in class A mode, especially if it’s in a pocket. It doesn’t get hot but it’s warm enough to notice. This massive drop in battery life is also quite monumental. It’s the tradeoff for that power and tone coloration, but it’s a big one that could leave you scratching the bottom of the drum meter if you’re not careful. 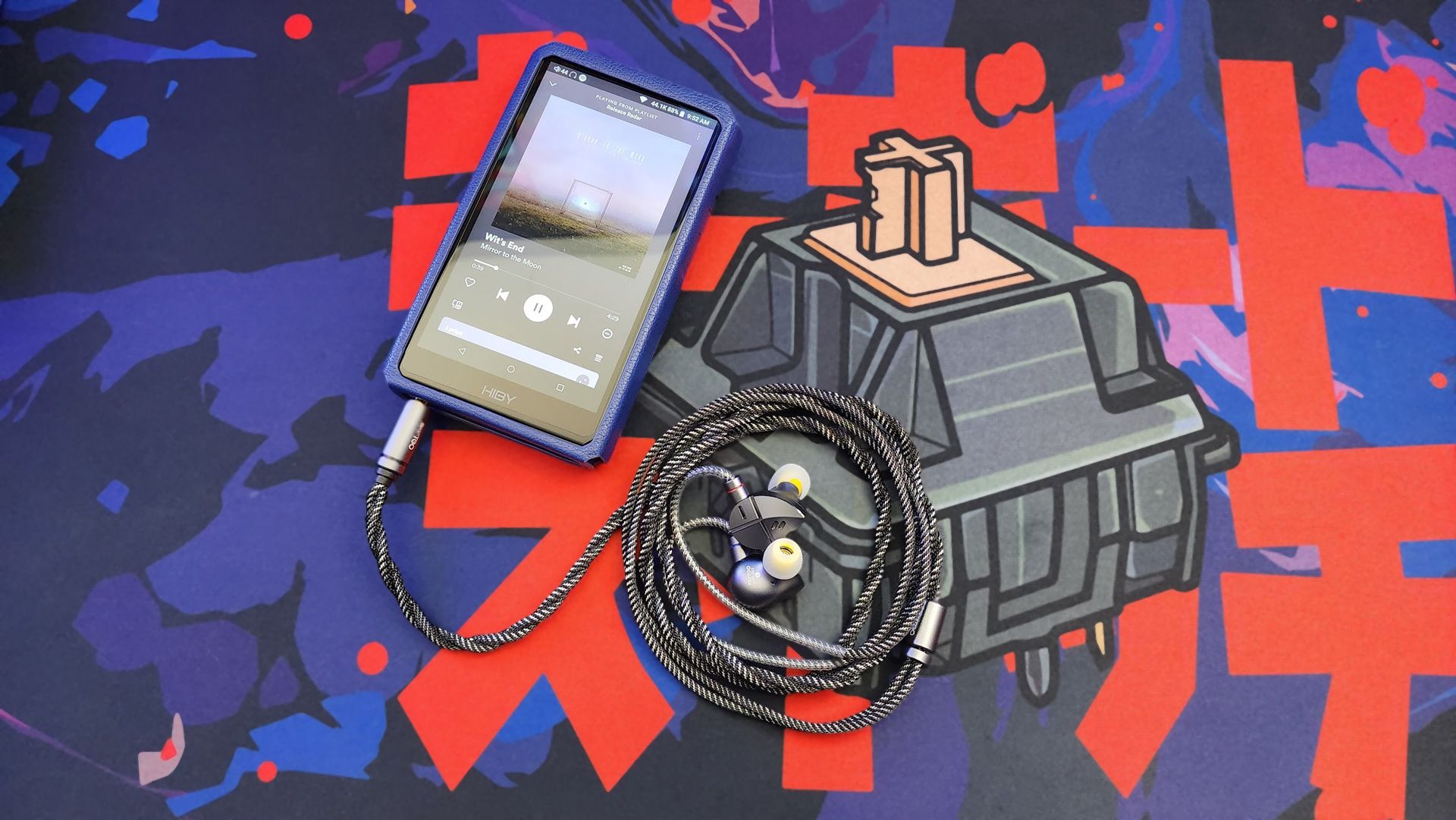 The truth is that there is not much to complain about the HiBy R5 Gen 2. It really is a very well made DAP that sounds great and is fun to use. The build quality and feature set are on par, which is a surprising thing to say about a product that costs just under five hundred dollars. But in its space, it offers a lot for its cost of entry. I enjoyed my time with her and love her sound. HiBy over-delivered with this one.

The product described in this article was provided by the manufacturer for evaluation purposes.