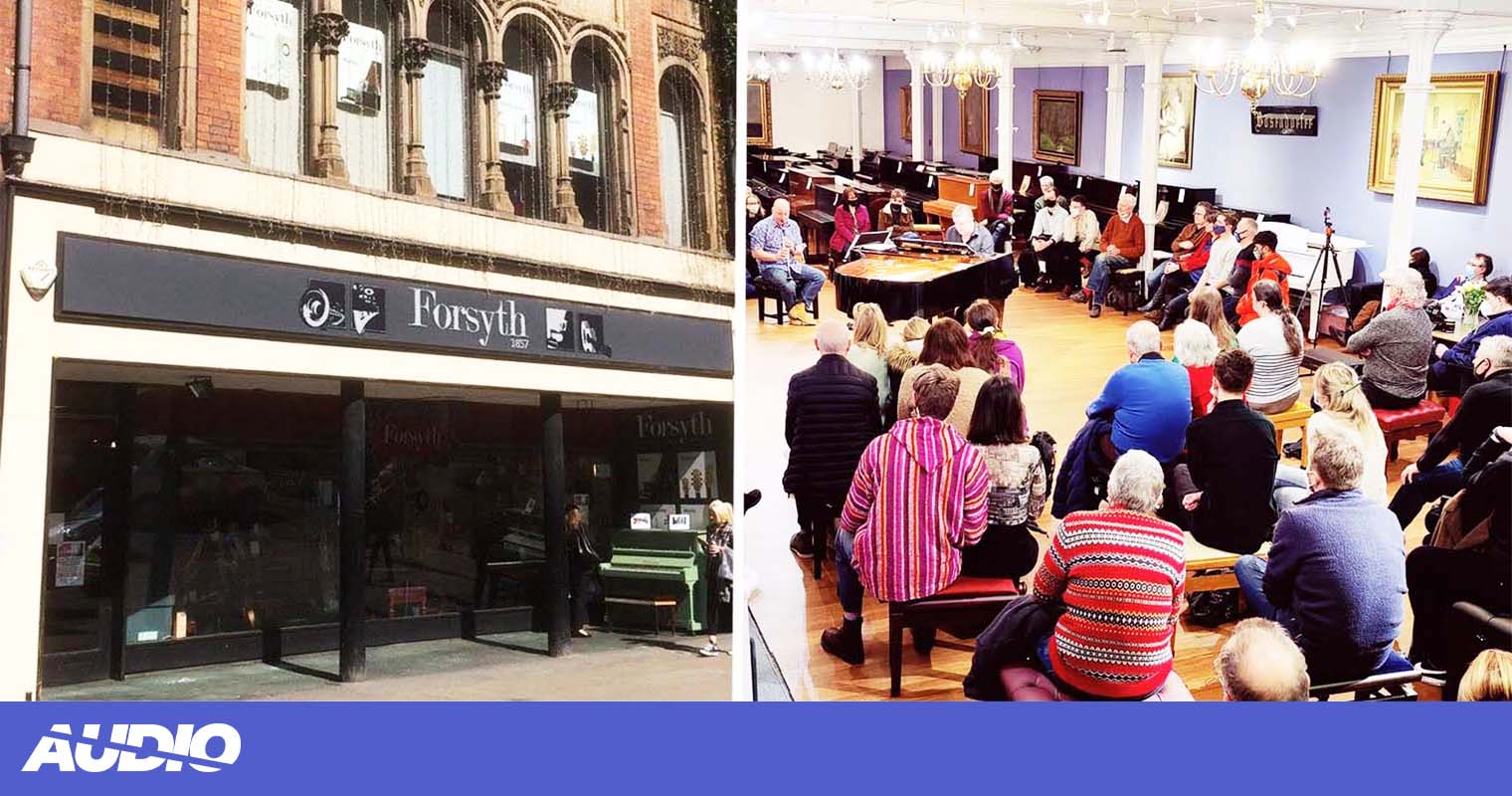 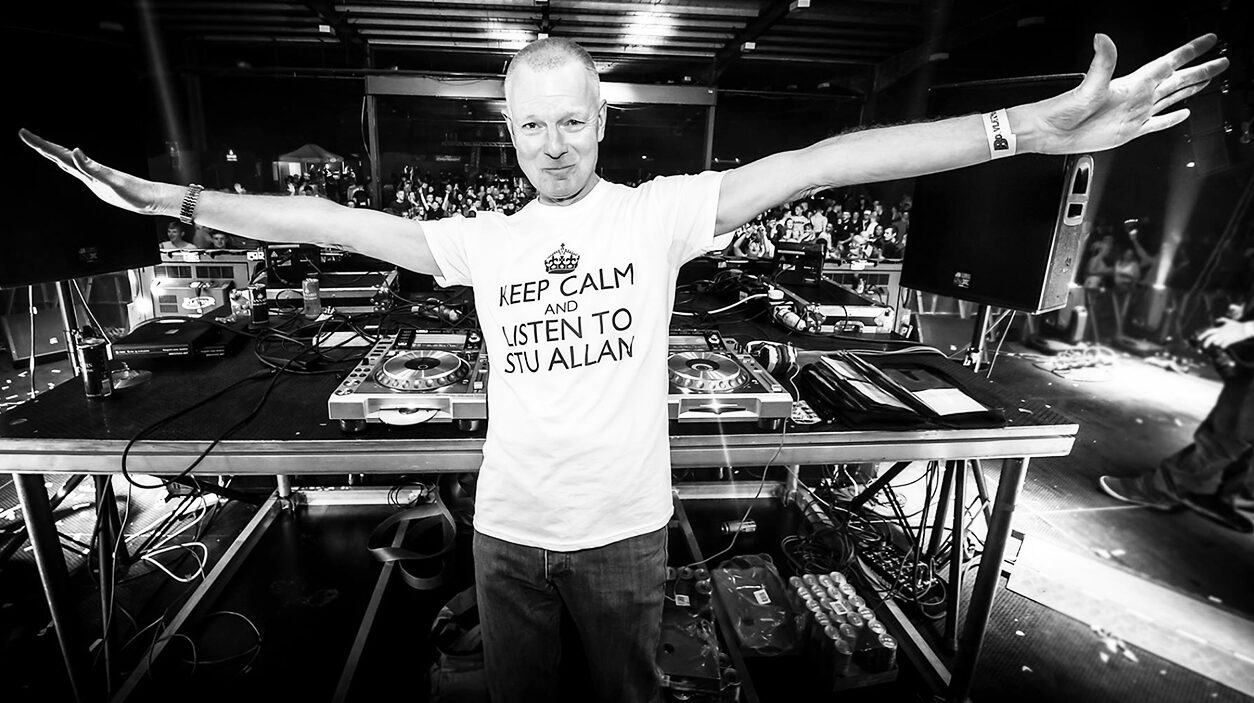 Tributes have poured in after it was revealed that legendary Manchester DJ St Allan has sadly passed away.

The producer and dance DJ was a household name and fan favorite in the 1990s rave scene in our city, and previously worked for Piccadilly Radio and Key 103 in Manchester in the 80s and 90s, while being ranked third best DJ in the world by DJ Magazine in 1993.

Stu was diagnosed with cancer and had been battling the disease for almost a year before he died on Thursday September 22.

Announcing his passing, a statement posted by Stu’s team on his Facebook page yesterday read: “It is with great sadness that we write this message to let you know that Stu passed away today. As you know, he has been ill for some time now and has been battling cancer for almost a year, and while we are so sad that he is no longer with us, we are relieved that he is finally in peace after his illness.

“We will soon be hosting a memorial event in Stu’s memory where we can all celebrate his incredible life.

“But for now, Alison, Paul, Gary and Stu’s family need time to come to terms with their loss.”

The late DJ’s team also encouraged music lovers to leave their tributes in the comments, say how they knew Stu and share their memories of him.

He wrote: “So sorry to hear this news today. His name is Stu Allan. We have lost one of my heroes and a shining light from the Rave stage he helped build. N’ never forget. My condolences go out to his family and friends.”

Rowetta also shared a tribute on Instagram: “I loved my mixtapes in the 90s and more recently I was part of the same lineup at Bowlers. RIP Stu Allan.

DJ and broadcaster Justin Robertson wrote on Twitter: “I am shocked to learn of the death of Stu Allan. He introduced me to music that was more amazing than I can remember. His shows Bus Diss and His Seamless House were my introduction to the sound of hip hop and house. Impeccable selector and inspiration. RIP Stu.

Writer and journalist John Berwin said on Twitter: “Very sad. Stu Allan is the first radio DJ I heard playing rap, house, r&b and rave music from the mid 1980s Those of us who listened to Piccadilly and Key 103 were privileged to hear such a pioneer.He had a great deep voice for radio.Some comedic catchphrases too.

“He was my inspiration to become a DJ. I got a fake ID when I was 15 to watch him play and listened to his Key 103 shows religiously. They say never meet you, hero, but with Stu it wasn’t true. RIP Stu and thoughts with your family.

DJ Anne Savage wrote: “So sad to hear the news of Stu. Sincere condolences to his family and friends. Such an inspiration to me as a young DJ and a role model throughout my life ever since. What a gentleman on and off the bridges.Rest in peace Stu.

DJ Mark Breeze also shared a tribute: “My thoughts are with Stu’s family and friends on hearing the very sad news today.”

In addition to famous names in the music scene, thousands of fans and people who have appreciated Stu’s work over the years have taken to social media to share their heartfelt tributes and memories.

“Without Stu and his first hour of house music in the 80s, I don’t think I would have become so passionate about this music or made my life out of it. I owe him a lot, we became friends and I constantly let him know. I’m so sad you left mate. Heartbroken,” Mark Egee wrote on Facebook.

Another fan wrote: “Absolutely gutted. I grew up recording his Key 103 shows and listening to them the next day on my walkman at school.

“Defines the music I’ve always listened to until today on OSN radio.”

Another fan shared on Twitter: “So sad to hear of the passing of one of my absolute HERO’s and many more, Stu Allan. Such an inspiration in so many ways, DJ Producer and Radio DJ championing happy hardcore From birth.

“And not to mention one of the nicest guys you’ll ever meet.”

“RIP Stu Allan – You were one of the best, so much so that I don’t know any DJ who didn’t look up to you or listen to you on Key 103 growing up, you were such an inspiration to us all,” wrote another devastated fan on Twitter.