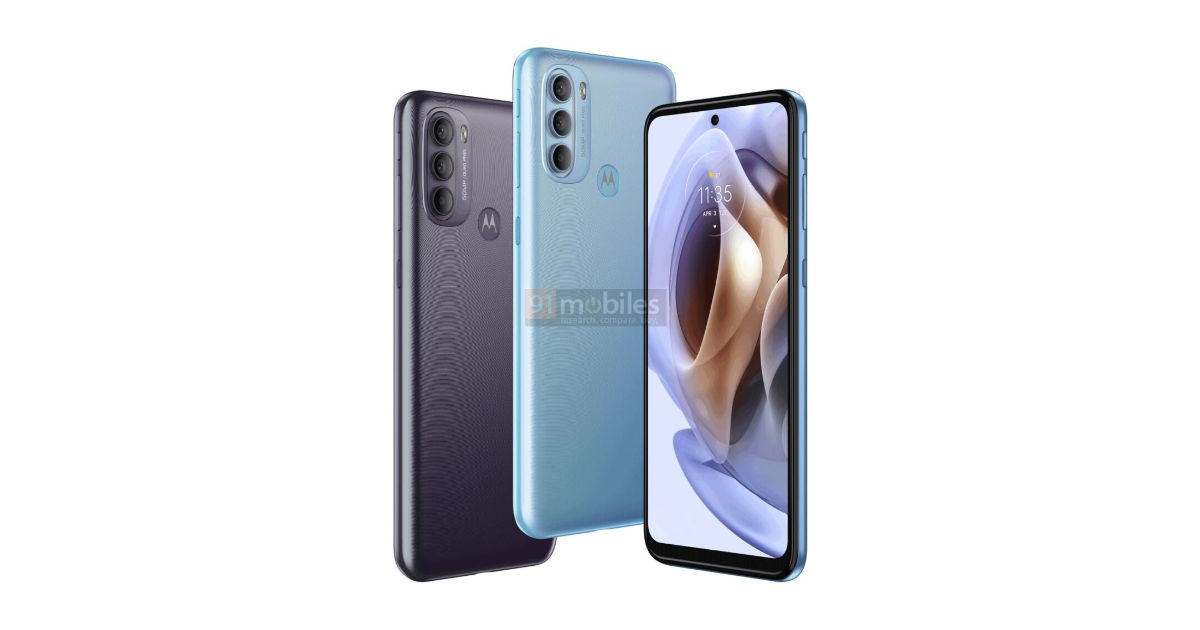 Motorola launched the Moto G30 smartphone in India earlier this year. The device has a 6.5 inch IPS HD + LCD display, a 64 MP quad camera setup, a 13 MP front camera and a Snapdragon 662 SoC. Now it looks like the Lenovo-owned smartphone brand is soon gearing up for the launch of the Moto G30 successor in the form of the Moto G31. The Moto G31 had already achieved several certifications before, and its live images were also revealed by the NCC certification. Now, before the official launch, 91Mobiles revealed the handset’s key renderings and specs. According to known details, the device will be launched in two color options black and blue.

If we take a look at the renderings of the Moto G31, we can see that the device will feature a punch hole at the top of the screen, which will consist of a selfie camera. The device on the right side will have a power button, volume keys, and a dedicated Google Assistant button. On the back, the smartphone will sport a tri-camera setup. The security aspect of the handset will be managed by a fingerprint sensor, which will be located on the back. Moving on to specs, the device will feature a 6.4-inch OLED display with Full HD + resolution.

The past leak suggests that the device will contain a 5000mAh battery that will offer 10W charging support. On the software side, we can expect the smartphone to boot Android 11 out of the box. Coming to the imaging department, as mentioned above, the Moto G31 will feature a triple camera setup. The rear facing camera module will consist of a 50 MP main camera. Details on the other two sensors remain unknown at this time.

As for the rest of the handset details, the device will have a 3.5mm audio jack, microphone, speaker grille at the bottom, and a USB Type-C port. For now, other device information such as chipset, RAM, dimensions and front camera details remain unknown. In addition, the launch date of the device is not yet known. We’ll learn more about the G31 such as launch date and pricing as the days go by.

What do you think of the next Moto G31? Let us know in the comments below.