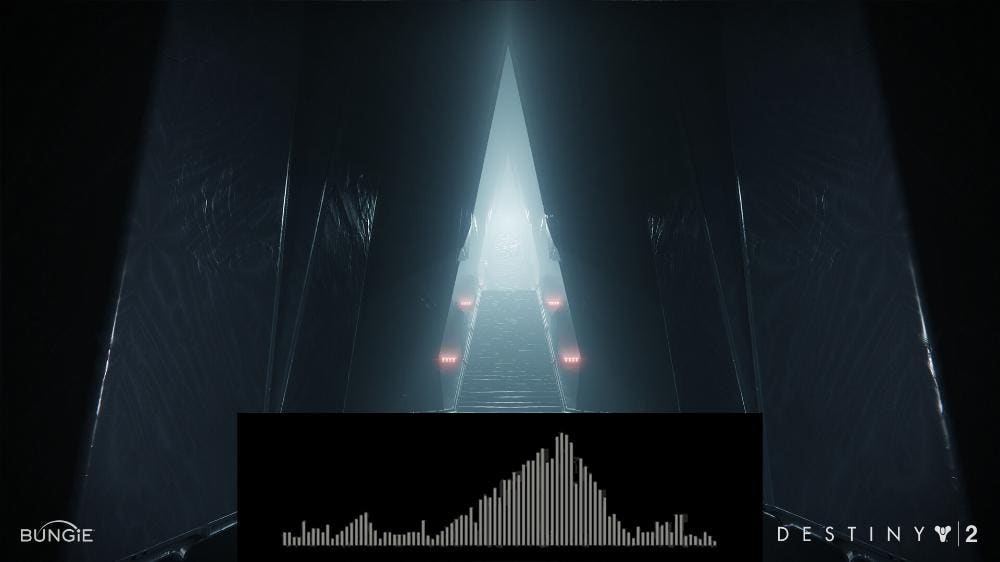 Well I was writing a different version of this post when I wasn’t exactly sure it was real, but now it’s official. the Nordic Destiny 2 Twitter Account posted something about an hour ago, and had to check to make sure it was a real subaccount and not a troll. But now, Destiny 2’s main account has posted the same, and it’s time to speculate.

The “thing” in question is a short, minute, or so long audio file. The waves of the audio are shaped like two pyramids, one large and one small, representing the looming threat of the new breed of enemies heading to Destiny, which is likely to arrive here by the fall for the new expansion. .

The audio itself is background music / soundtrack which I have been told is from the end of the Garden of Salvation raid where players encounter a “Darkness” statue similar to the one at the end. of the Shadowkeep campaign. The audio contains sounds of running water and what looks like crunchy ice, but I haven’t seen this dissected enough to know if there are any hidden messages buried here that we should know about. But it doesn’t look like it, and the Pyramid waveform is the main clue that something big is comingâ€¦

What is this teasing, exactly? It’s not clear at this time, but the two options are either next season, as it ends on June 9, or the fall expansion which will certainly be Pyramid-focused. And with Destiny’s new “evolving world”, it’s possible, if not likely, that the two will be directly related in some way or another, with Season 11 being “set” for the major events of Season 12. .

I wrote an entire article this morning about how Bungie is particularly enigmatic about how they reveal things to come. This tease today is earlier than I expected, implying that they can deviate from their usual starting schedule. One theory I heard recently is that if Sony really hosts a first PS5 event on Wednesday, June 3, Bungie could be a part of this new content to be released on PS5, which would be an expansion for the fall. We’ll see if that works, but if not, we should expect more teasing and possibly an actual season trailer, at the very least, next week.

As to whether or not these teases will translate into the game itself, that remains to be seen. I’ve asked people to go for a Garden of Salvation run to see if anything is different at the end, but it seems unlikely. And of course, we still have the whole Almighty plot to deal with, which at the moment has nothing to do with the Pyramids, but I guess that could change.

Either way, this is all very exciting. As always, I’ll be checking for in-game updates today when resetting, although now I have to be on my guard at all times as these teasers appear at completely unexpected times, so who knows what’s next. . Keep it up Bungie, I love what you’re doing here.