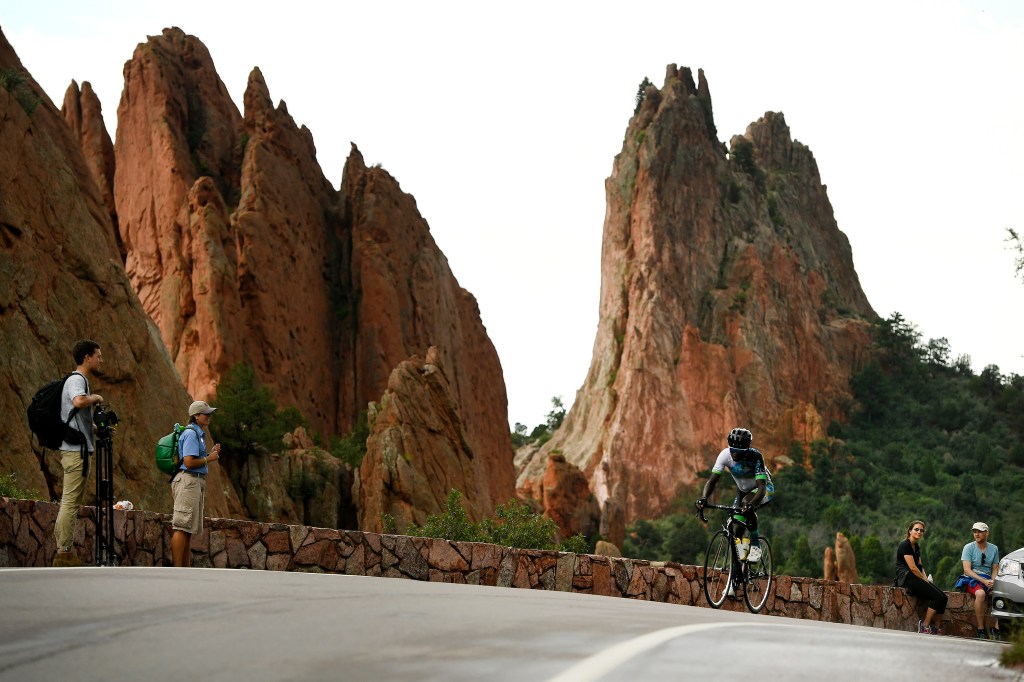 Visitors to the Garden of the Gods are enjoying new educational equipment, following the launch of a free audio-guided tour offering insight into the park’s geology and human history.

The tour, accessible via a free app, is narrated by the City of Colorado Springs archaeologist, park superintendent and administrator, park rangers, and other park staff.

The park, a National Natural Landmark, attracts around four million visitors a year, drawn by vertical 300-foot orange sandstone formations that emerged at the base of Pikes Peak 65 million years ago through tectonic forces. They are reminiscent of Red Rocks Park in Morrison and Roxborough State Park in Littleton. Human history in the park began at least 3,000 years ago and it is considered sacred by the Utes.

“Three of North America’s major ecosystems converge within the park’s boundaries,” a web page associated with the audio tour Remarks.

“The grasslands of the Great Plains meet the dry forests of the American Southwest and merge with the evergreen forests of the Rockies. The park is known as a cultural crossroads where American Indians, early explorers, ‘Pikes Peak or Bust’ gold diggers, farmers and health seekers were all drawn to the red rock formations that mark the spectacular meeting place of the Great Plains with the Rockies. Mountains,” he continues.

Visitors are invited to download the TravelStorysGPS app before arriving at the park as stories start playing automatically after users enter the park. Hands-free narration pauses when they stop and resumes as they continue their journeys. It can be downloaded for free in the App Store or Google Play.

A special fun event comes to the park on Saturday evening when the park remains open only to cyclists, runners and walkers. The Annual Starlight Show takes place under the stars from 8 p.m. to 12:30 a.m. and participants wear phosphorescent outfits. Flashlights, headlamps and bicycle lights are required. There will be a costume contest. The registration fee is $37.

The Garden of the Gods is located three miles northwest of downtown Colorado Springs. Admission is free and no reservation is required. The park is open daily from 5 a.m. to 10 p.m.

Subscribe to our weekly newsletter, The Adventurist, to receive outdoor news straight to your inbox.

4 types of bad loans to avoid