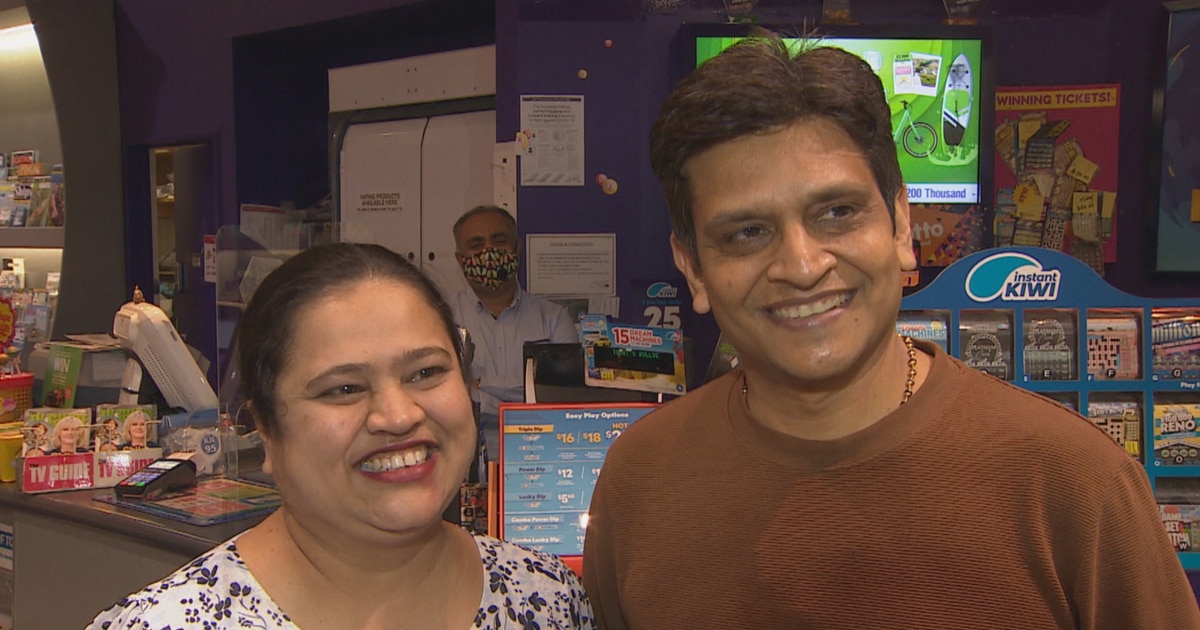 Store owners who sold the $28 million Powerball ticket last night say they hope it’s one of their regulars who claims the multi-million dollar prize.

Pinal and her husband Himanshu Patel say that after nine years running their store, the sight of a smiling customer holding a winning ticket worth a few thousand dollars is nothing new.

“A lot of wins in the scratchies, the second division lotto over the years,” Pinal said.

Despite this, Himanshu says they were still amazed to discover that it was their Waitākere store, Mag Star, that had sold last night’s $28 million Lotto Powerball winning ticket.

“I was told by a friend of mine, kinda shocking really.

“[We had] quite a few winners over the years, but nothing like it. Very exciting for us.

The winning ticket holder can expect to claim a total of $28,166,667, the biggest Powerball payout of the year, which comes a month after a player from Wellington won $8.5 million.

The couple said they had no idea who the lucky customer might be, but Pinal made a point of spreading the word to his regulars, telling them of the unclaimed fortune that might be hiding in their back pocket.

“I told everyone to come and check you might be the one,” she said.

I just hope it’s one of them, I’m very grateful, they’ve been so supportive during this difficult time.”