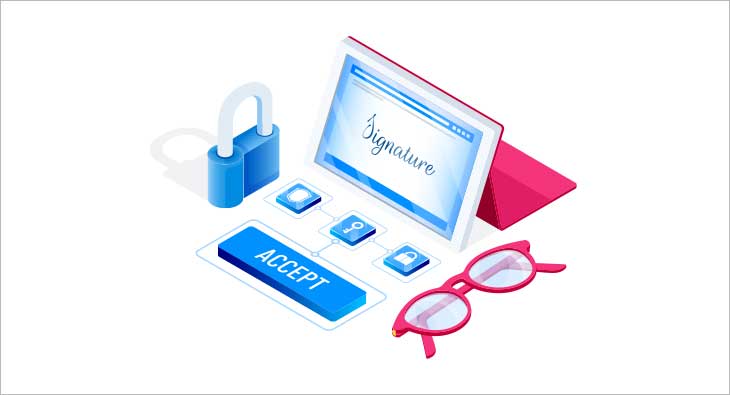 The two-year pandemic has dramatically accelerated digital growth, forcing companies to reconsider their digital business strategies. As a result, the majority of print companies have started growing their digital division with a focus on websites, apps, and e-newspapers.

Publishers are aggressively creating digital products to retain their readers and are experimenting with subscription plans that provide access to digital content, digital and physical print bundles or metered content. However, growing the subscription business is certainly not an easy task as experts believe publishers face a number of hurdles including competition from alternative platforms such as social media and podcasts and the piracy issue.

As publishers attempt to position online news as premium content, monetization remains a challenge, with digital products accounting for less than 5% of total ad revenue for most print companies. That brings us to the next obvious question: Should an aggregator be required to come in and bundle everything into one fee?

Puneet Jain, CEO of HT Media Group – Digital Business, says paywall is an integral part of HT Media’s digital strategy. He believes that the digital news subscription business in India is still in its infancy and the market will evolve in the coming times.

“We are at a very early stage in this digital news subscription lifecycle and user behavior is changing. There will be a lot more innovation on all potential products in the times ahead. “We’re going to see a lot more market expansion. I think it’s a bit premature to think or assess the need for an aggregator. We’re only scratching the surface.”

EY FICCI ME Report Tuning into Consumer report 2022 estimated that news subscription reached around Rs 90 crore due to marketing focus by BCCL, HT Media, The Hindu, The Ken and moneycontrol.com, among others.

Talking about their business strategy, Jain shares that HT Media’s subscription business model is largely based on four pillars. “The first is productization. This involves identifying the products we want users to pay for. The second most important pillar is creating content that people are willing to pay for. »

The other two pillars, he says, are martech and app. “We’ve built internal marketing stack foundations that help us create personalized user journeys. Our internal marketing technology stacks allow us to segment users based on their behavior and profile, and then drive them to subscribe. »

Speaking of the app, Jain believes that a direct relationship with the consumer is the starting point to push them towards subscription and that’s where the app helps. “It lets you look at users’ content consumption to get them to pay for news. I think we are looking to scale our app means to support our subscription,” he adds, while mentioning that they have crossed 1 lakh paid users in the span of two years.

“Probably the fastest players to hit that mark,” he said.

Karan Taurani, SVP, Elara Capital, explains why getting a customer subscription on digital is difficult. “There is so much happening on social media, news channels and mobile phones that it is extremely difficult to increase the number of paying subscribers unless the publishing house provides content of very compelling news,” he said.

“The English-speaking audience may end up paying, which will lead to strong growth in the short term, but digging deep into the markets and getting a good number of subscriptions will be difficult in the medium and long term,” he adds.

He explains that some people will consume paid news content, but it will be a small group. “In this age of audio-video platforms that are more interactive in nature, scalability is an issue for most of these platforms. Another issue is piracy, which has long been an issue with video formats “But there is a way to block specific websites. However, since information is frequently released in the form of PDF files or screenshots, it is difficult to stop them altogether.”

“For the aggregator, I don’t know how it will work. Aggregators must first work hard to build up a customer base. This will require a significant investment in marketing and branding,” says Taurani.

According to the EY FICCI report, the reach of online news grew between 2020 and 2021, reaching 467 million mobile and desktop users of news sites, portals and aggregators. This represents approximately 56% of Internet users. He also said that Times Internet, Zee Digital and Network18 were the three news media sites in Comscore’s Top 10 Publishers in December 2021, excluding sites Google and Facebook.

“If you look at it internationally, subscription is the norm, there’s no reason why publications can’t do the same in India,” said NV Capital co-founders Nitin Menon. .

“Even Google has been ordered to pay for articles picked up in various media outlets,” Menon continued. “Everyone has their own strategy, especially newspapers that charge you monthly for selected, researched, high-quality exclusive articles. Some trade journals charge you for their online edition. This pattern will almost certainly continue in the future. Of course, aggregators have plenty of room to grow, and apps like Magzter have already started aggregating content from newspapers and magazines on a monthly, biweekly, and daily basis,” he said.

Menon points out that there is now another trend where apps like CRED are linking to media, and based on the points you have on these apps, you can unlock a few items per month. “These on-demand transactional news may also resume for the foreseeable future. Another important point would be the price per month, which would be a big factor in this subscription-based model, given how price-conscious Indian consumers are. »

When it comes to subscription plans, HT Media offers different subscription plans for its products. They also offer a bundled service where consumers can subscribe to both the newspaper and HT premium content. Livemint, which is the English business news website, offers three subscription plans for one semester, one year and two years for Rs 1799, Rs 2949 and Rs 5099, respectively. It is also offering a bundle that will have access to both Mint and Wall Street Journal content starting at Rs 2,299 for six months. Similarly, Business Standard offers two subscription plans – Rs 199/month and 1799/year. Economic Times also has two plans, Rs 399/monthly and Rs 2499 per year. Moreover, they offer a two-year subscription plan at Rs 3599.