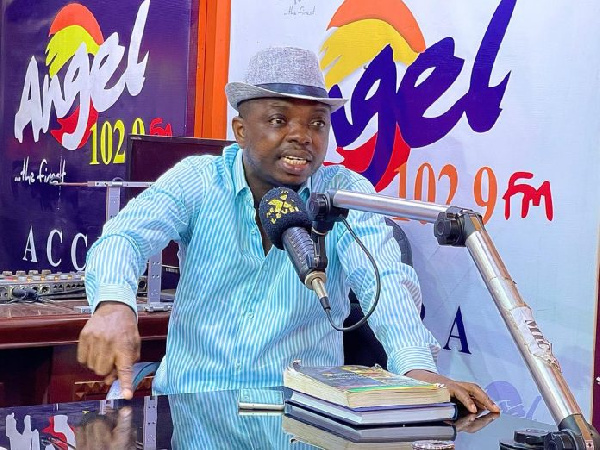 Bono’s regional chairman of the New Patriotic Party, Kwame Baffoe, popularly known as Abronye DC, has lamented what he describes as the blackmailing of high-profile figures in the country by people they have had sex with.

According to him, this act of recording and threatening to broadcast audiovisual images of a person with whom one has had sex is against the laws of Ghana and those found guilty must be prosecuted.

“The laws of this country have to work, we can’t spend our time, energy and everything making laws that will gather dust on the shelves. Once we pass the laws, we have to make sure they work, otherwise we shouldn’t pass them at all.

“Nowadays there’s this game in this country, where people threaten people saying the other time who I had sex with, and I have proof of that, so if you don’t give me no money, I will expose you. It has become a business for some people in this country. But there is a law against it and the laws have to work,” Abronye told Twi in an interview with Oman FM followed by GhanaWeb. .

“If you take the Cyber ​​Security Act, Act 1038 (2020), Sexual Extorting, Section 66, says that I will not threaten to distribute by post, email, SMS or transmit by electronic means or otherwise, any private image or movement image of the other person engaging in sexually explicit behavior with the specific intent of harassing, threatening, … exerting undue influence on the person including to extort money … a person who violates to this law commits an offense and is liable to imprisonment for not less than ten years and not more than 25 years,” he added.

The comments by the regional NPP chairman follow recent blackmail of some senior government offices by people believed to have engaged in sexual activity with them.

She also accused the president of ordering Ghana’s national security officers to steal her gadgets, including mobile phones, to conceal evidence that they were together.

Watch the latest episode of The Lowdown below: