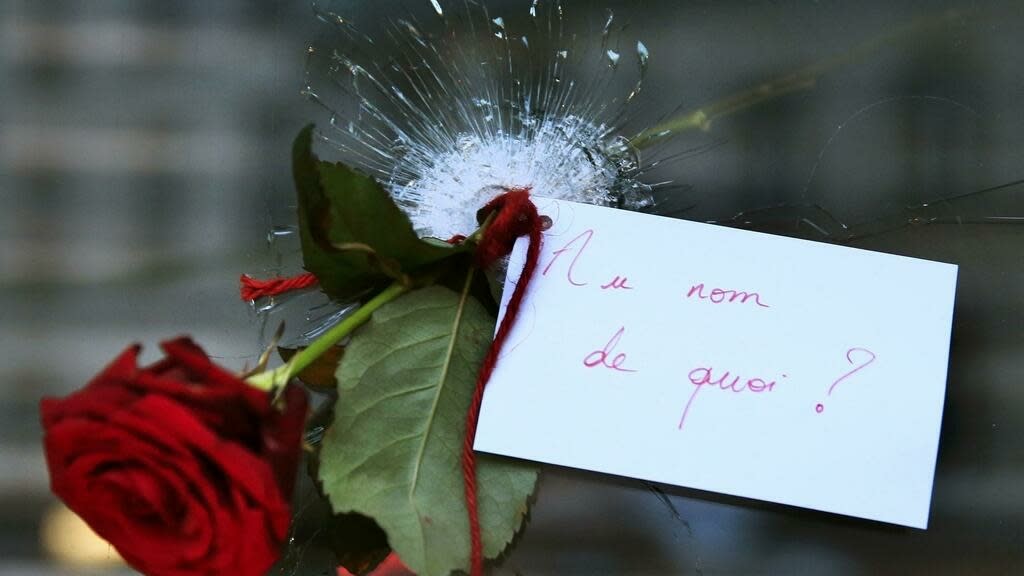 What did it look like in the Bataclan concert hall when three terrorists machine-gunned the crowd during a rock concert on November 13, 2015? And what did it look like once the injured were taken out, leaving only those who were irrecoverable? Those present at the special correctional court learned of it on Friday. It was scary.

What we were about to see and hear was extremely violent. Those who wished to leave could do so. The web radio service that normally connects victims and survivors directly to the courtroom has been cut. The psychological support service is available, exceptionally, all this weekend. We were reminded of the emergency number.

Then we were given another warning.

Any attempt to copy the sound or images provided by the court will result in immediate expulsion. Criminal proceedings would be launched against those who violated the embargo. Phones, microphones and cameras had to be turned off and put away.

The main courtroom at the Paris Special Correctional Court was packed on Friday, with attendance boosted by an unusually high number of survivors and mourners. The hearing opened with the broadcast of three audio recordings made during the assault on the Bataclan. And the court then showed 20 of the photographs taken by police forensic experts immediately after the attack.

The request for this special “presentation” of evidence was launched by the association for the aid of victims Life for Paris. They argued that the aseptic approach hitherto favored by the president of the tribunal Jean-Louis Périès risked hiding the raw truth at the heart of this trial: 131 people lost their lives in the November attacks in Paris in circumstances atrocious.

No one wants to glorify violence. But no one should be allowed to forget that either.

The sounds were the worst.

We heard less than 10 minutes chosen from the two and a half hours recorded by a dictaphone that fell on the floor of the Bataclan at the start of the attack.

The first extract coincides with the beginning of the assault and begins with a few bars of rock music, the Eagles of Death Metal during the flight. Then there are several distant sound crackles. “Like fireworks,” as so many survivors testified.

The music becomes disjointed, ruined by feedback. There are screams, screams. More cracking noises, then a flurry of what is unmistakably, unbelievably, machine gun fire – several Kalashnikovs raining death on the packed crowd of 1,500. There are more screams. Confusion.

The second audio track is very short and not very clear. This marks the moment when the two surviving killers begin to move their hostages along the first floor balcony.

The words “hostages” and “police chief” are shouted, but there are no gunshots.

And then there is the recording of the final assault by members of the special police intervention squad.

There are shouted orders, presumably from terrorists, some followed by ominous single knocks. Then more gunfire, the deep resonance of stun grenades, cries of “Go, go, go!” as the police team advances down the narrow hallway to the room where the terrorists and their hostages are being held.

Someone shouts “there are hostages!” There are countercries, indistinct. A loud, clear voice is heard giving orders. More stun grenades. A woman screams as shots are fired. Someone says “watch out guys”. There is confusion, and then, very clearly “they have all fallen”.

The eleven hostages were rescued.

The sequence of photographs begins, deceptively, with a series of shots of the street outside the Bataclan, dark and deserted as you might expect at 5:30 a.m. on a Saturday morning in November. Except that there are piles of broken glass and abandoned objects on the sidewalk.

Then we move inside, to the bar, where we can see a pair of feet wearing orange-soled sneakers. It is the first body.

Accompanied by Jean-Louis Périès’ serene commentary for web radio listeners, back online, we tour the entire scene of desolation.

Bodies stacked on the ground floor. On the first floor balcony. Blood stained streaks of wounded who were evacuated earlier. A confused pile of soiled rags at the bottom of some steps. “The body of the suicide bomber Foued Mohamed Agad”, explains President Périès.

Life for Paris selected 50 images from the hundreds taken by police investigators. Jean-Louis Périès reduced that to 20. It was still too many.