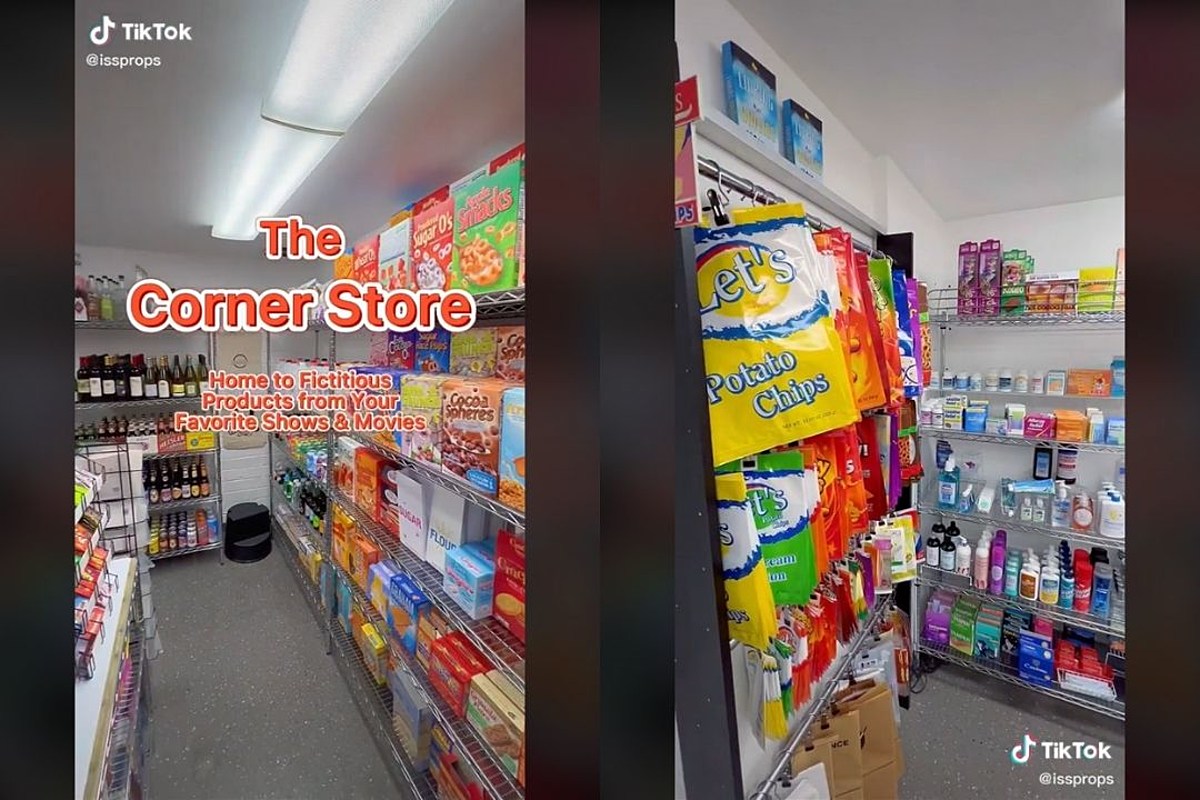 Have you ever wondered where your favorite TV shows and movies get all those fake groceries and generic products from? They turn to this fully stacked prop house, of course!

ISS Props has gone viral on TikTok for showing people behind the scenes of their generic (non-branded) food, toiletries and miscellaneous products, many of which have been featured in countless TV shows and movies.

In a TikTok video that has been viewed over 1.3 million times, ISS Props revealed that they even have their own Corner Store which stocks hundreds of counterfeit products and groceries that can be used on movie sets and of TV.

For example, if a character in a scene needs a drink but the production wants to avoid potential legal issues or branded product placement, the character can take a “Sparkling Grape Soda”, “Farm Fresh Milk” or “California Rosé” – all fake products that look like the real thing.

Need any cereal? They have “Fruit Colored O’s” and “Cherry O’s” to fit your fictional imagination. How about some snacks? You’ve probably seen “Let’s Potato Chips” on a TV show or two.

Did you think “American Colonial” was a real beer? The famous alcohol presented in a stranger things scene in which Barb shotguns a can of beer is one of ISS Props’ most popular dummy products.

According to their TikTok bio, ISS Props is the “world’s largest prop rental house”.

Located in Los Angeles, ISS Props makes not only generic labeled food products, but almost anything you can imagine, from fake FBI bulletproof vests to fake syringes and even stunt dummies. Some of their more unique products include sarcophagi, dummy but realistic brains, and Bigfoot’s big foot.

They also stock “real” items such as genuine 1930s antiques and other vintage goods.

Besides fake food, some of their most praised props include fake license plates, fake medicine, and dinner tables covered in fake food and drinks that won’t spill or spill.

Their work and products have also appeared in films such as Avatar, transformers and the jurassic park franchise.

Founded by Gregg Bilson Sr., ISS Props is a family business that has been around for over 40 years.

The main prop house sits on 17 acres and hosts both Hollywood blockbusters and student films. ISS Props is said to be the largest prop house in the world, and they have additional locations in 11 cities across the US and Europe.

The 10 Best Adult Cartoons on Netflix