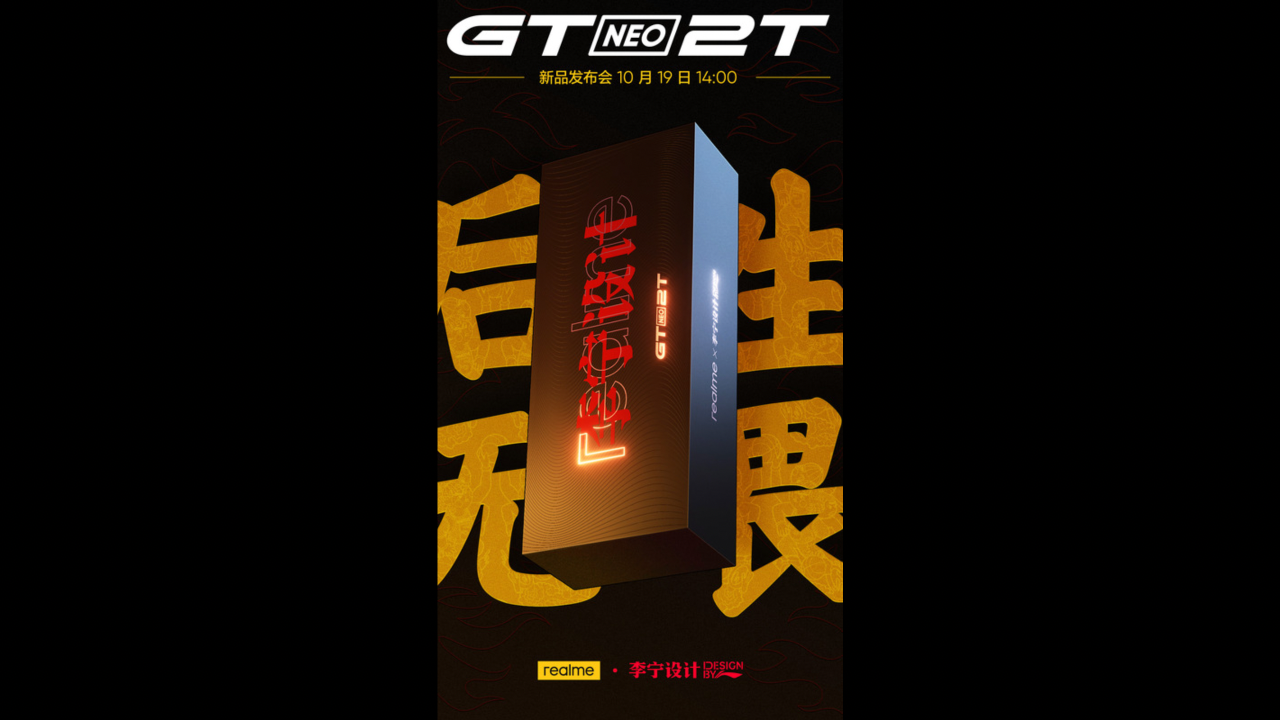 Realme is set to launch the Realme GT Neo 2T on October 19 in China. It will be jointly designed by Li Ning, a popular Chinese sportswear and sports equipment company. Now ahead of launch, the company released the first render of the smartphone.

The rendering shows the rear design of the Realme GT Neo 2T. The phone will be available in a white color and ink black color variants. The image confirms that the smartphone is equipped with a 64-megapixel triple camera setup with an LED flash.

The left side of the device has a SIM card tray and volume buttons. The lower part sports a 3.5mm audio jack, microphone, USB-C port, and speaker grille.

Separately, tipster Mukul Sharma (@stufflistings) has Point Realme GT Neo 2T on the company’s Indian website. This suggests that the phone will be launching in India soon as well.

A smartphone with model number RMX3357 was certified by TENAA in August. This model would be the next Realme GT Neo2T.

Additionally, you should get 8GB or 12GB of RAM along with 128GB or 256GB of storage. There should be a triple camera unit, which could include a 64-megapixel main sensor and additional 8-megapixel and 2-megapixel sensors. 4,500mAh battery could support the smartphone with 65W fast charging support. It can run Realme UI 3.0 based on Android 12.