“Am I really going to die?” Chilling recording retrieved from phone of young ferry victim captures confusion and terror as ship sinks

Passengers aboard a South Korean ferry that sank, killing hundreds of children, wondered if they thought they were going to die as it began to tip over in the water.

Audio file recovered from a cell phone belonging to a teenager who died in the disaster contains the voices of passengers expressing fear and uncertainty about their chances of survival as the ship begins to tip to one side off the coast southwest of South Korea.

The death toll since the April 16 sinking is 188, with 114 people missing, although a government emergency task force has said the ship’s passenger list may be inaccurate. Only 174 people survived, including 22 of the 29 crew members.

Scroll down for video

Search: The cell phone with the audio files was found among the belongings of a teenager whose body was recovered from the ferry by rescuers (pictured) 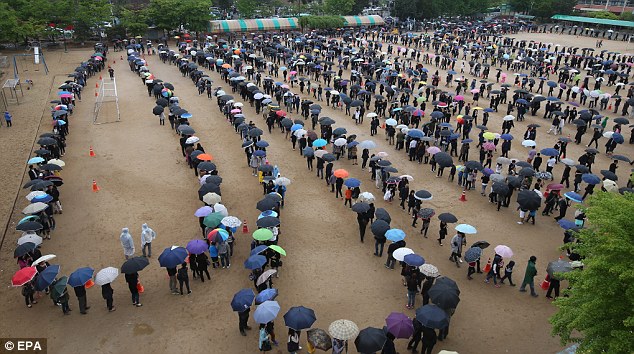 Tragic: Mourners line up in pouring rain to pay tribute to the victims of the Sewol ferry sinking in front of an incense-burning communal altar installed at the Ansan Olympic Memorial in Ansan, near Seoul

The cell phone containing the audio files was found among the belongings of a teenager whose body was found on the ferry.

The phone’s memory card was still intact, with the boy’s father handing it over to the South Korean news network JTBC, who then shared it with CNN who were able to translate the audio file.

Voices heard over the audio appear to be aware that the ferry is shattering, thinking it was getting difficult to move around as “it tilts a lot,” according to CNN.

Another voice is heard shouting: “Mum, dad, dad, dad! What about my little brother?

Others seem to fail to realize the gravity of the situation as they joke that their school trip was ruined. Among the passengers were 300 students on a field trip from Danwon High School.

As passengers are heard discussing lifebuoys, a voice over a public address system tells them to stay where they are, adding to the confusion. 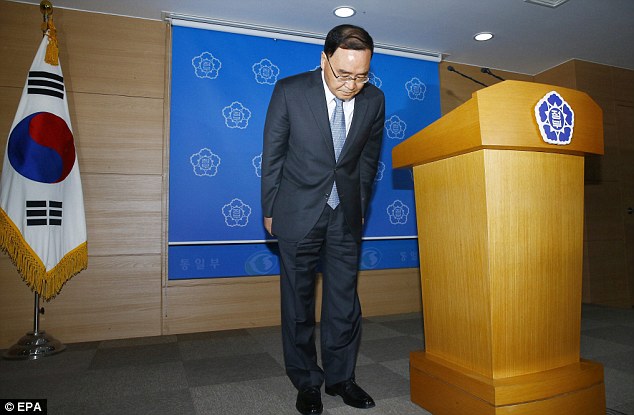 Some can be heard trying to calm and reassure their friends, with a voice saying, â€œI think it’s calming down.

Another voice then replies: “Is it calming down?” “.

The first person replies: “I think it’s better than before”.

The second voice answers: â€œI wear one too. I really have to.

Some of those on board can be heard trying to help their friends.

One of them shouts: â€œHey! Then calls out the name of someone who is not wearing a life jacket.

Meanwhile, the confusion on board is evident as one person is heard asking what the captain is doing while seated and awaiting further instructions.

Another voice later adds, â€œThey should let us know what’s going on. 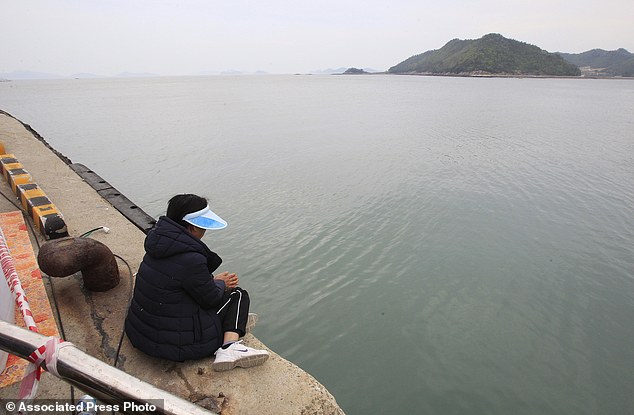 A relative of a passenger on the sunken Sewol ferry looks out to sea as she awaits news of her missing loved one at a port in Jindo, South Korea

After the audio was released, the father of the teenager who recorded it read a moving statement on JTBC.

â€œI hoped and prayed for your survival, but it didn’t turn out like that. My son, now it’s time for us to say goodbye. It’s time for you and I to say goodbye to you and for me to let go of the hope that I couldn’t let go so far. Please forgive me. Goodbye…’

Yesterday JThe universes renewed their search for the bodies still trapped inside the ferry after the weekend’s efforts were hampered by bad weather, strong currents and floating debris clogging the ship’s rooms.

Authorities now say they have narrowed down the likely locations of most of the remaining 100 missing passengers.

Divers found only one body yesterday after a week in which an increasing number of corpses were removed from the ship as divers made their way through its maze of cabins, lounges and hallways.

Senior Coast Guard Officer Kim Su-hyeon said most of the remaining missing passengers would be in 64 of the ship’s 111 rooms. 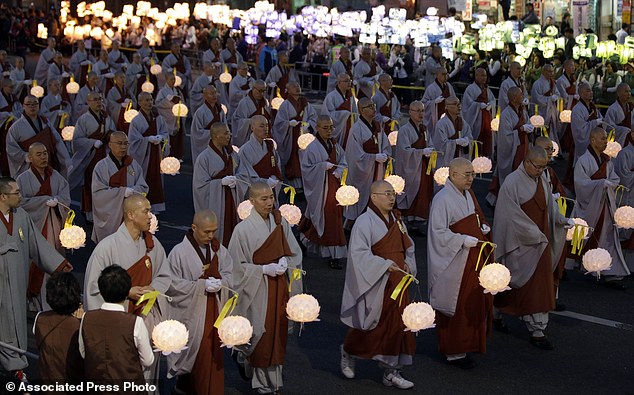 Divers entered 36 of those 64 rooms but may have to return as the floating debris made it difficult for divers to ensure there were no more bodies.

Ko Myung-seok of the Emergency Task Force said 92 divers were searching the ferry. He said the government plans to recover the ferry after the search efforts are completed.

The South Korean prime minister resigned yesterday due to the government’s handling of the sinking, accusing “deep-rooted evils” in society to be at the root of the tragedy.

Much of South Korea’s executive power is concentrated in the president, so Chung Hong-won’s resignation appears to be symbolic.

Presidential spokesman Min Kyung-wook said President Park Geun-hye would accept the resignation, but did not specify when Mr. Chung would step down. 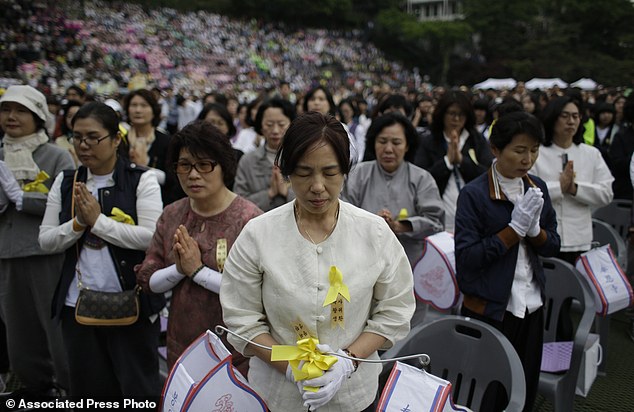 Mr Chung’s resignation comes amid growing outrage over claims by relatives of the victims that the government has not done enough to rescue or protect their loved ones.

Authorities arrested the 15 people involved in the navigation on the ferry. The other seven surviving crew members were not arrested as they held non-marine jobs such as chefs or stewards.

The arrested crew members are charged with negligence and failing to help passengers in need.

Captain Lee Joon-seok first told the passengers to stay in their rooms and took half an hour to issue an evacuation order, at which point the ship was tilting too strongly for many people to exit. .

After his arrest, he said he withheld the evacuation order because rescuers had not yet arrived and he feared for the safety of passengers in the cold water.