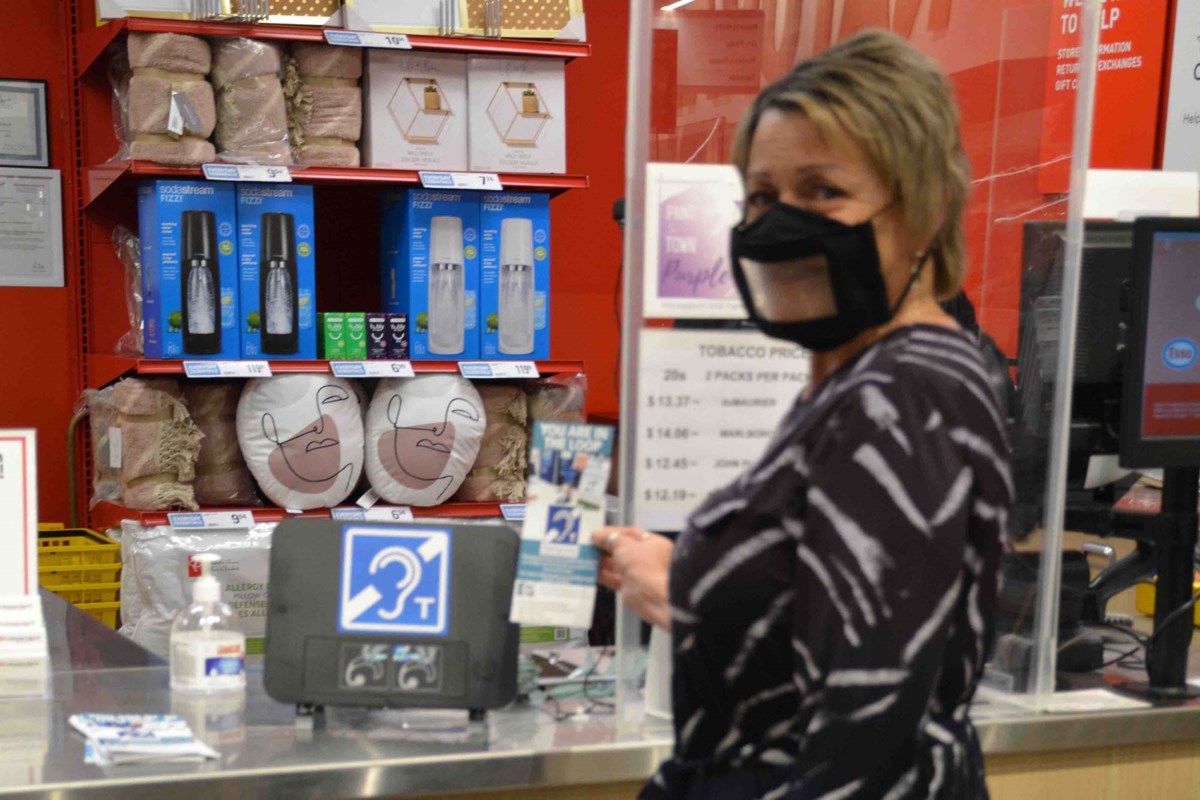 St. Albert’s grocery store is first in “the loop”

Pearson’s Your Independent Grocer at 925 St. Albert Tr. The first in western Canada to install technology for buyers with hearing impairments.

Have you heard how one of St. Albert’s newest grocery stores is now at the forefront of assistive technology? That’s right… hearing loops can now be found at Pearson’s Your Independent Grocer at 925 St. Albert Tr., Making it the first place in all of Western Canada to make life easier for people with hearing loss.

This is such good news that it is worth getting everyone’s attention.

“It was definitely an easy decision,” explained store owner Travis Pearson, offering the obvious answer to disability which is considered “one of the fastest growing and one of the most common chronic diseases. Canadians face today, ”according to the Canadian Hard of Hearing Association (CHHA).

To do nothing to help so many people would be to leave the multitudes in silence, proposed Pearson.

“I am lucky to have good hearing, but even I have noticed with masks that it is more difficult to hear people clearly. When Lee approached me to talk to me about what hard of hearing people go through, there was no way we were going to be there. We are always looking for ways to better serve our customers and if something so simple for us could make such a significant difference to them, how could we not jump on board? “

The loop system consists of a microphone to pick up speech while an amplifier processes the signal, which is then transmitted. The induction loop is “a wire placed around the perimeter of a room or sanctuary to act as an antenna that radiates the magnetic signal to the hearing aid or cochlear implant.” Since the signal is transmitted directly to the user’s hearing aid or cochlear implant, the sound is personalized according to each individual’s hearing loss.

“The way the hearing loop works is that it transmits a magnetic signal over which the audio is superimposed. Most hearing aids have a very small spool of wire. When a coil of wire is placed in a magnetic field, it generates a current proportional to the strength of that magnetic field.

The end result is a generation of sound without much of the background noise that would otherwise be picked up by hearing aids. The user must be in certain places in Pearson’s Independent – customer service, checkouts and deli, meat and bakery counters – to access the service. The cost of the unit for the store was less than $ 1,000.

Ramsdell, who lives in St. Albert, approached the store with Cindy Gordon, the general manager of the Edmonton branch of CASC, about her participation in the pilot project. She, like Ramsdell, was particularly pleased not only with the store owner’s receptiveness to the idea, but also with the day that would finally come when the hearing impaired could shop like everyone else.

“We need this in the public everywhere we need to go,” she said. “It’s a shame that it’s not everywhere. In particular, we need it in places like hospitals where crucial information reaches us… and pharmacies. It’s just a touchstone that we’re trying to get people to see how it can be in a public place, but really, we’re hoping the hospital system will embrace it.

Other grocery stores have also been approached with the idea and will likely come on board shortly, she added.

Black Friday 2021: the latest deals on the best devices