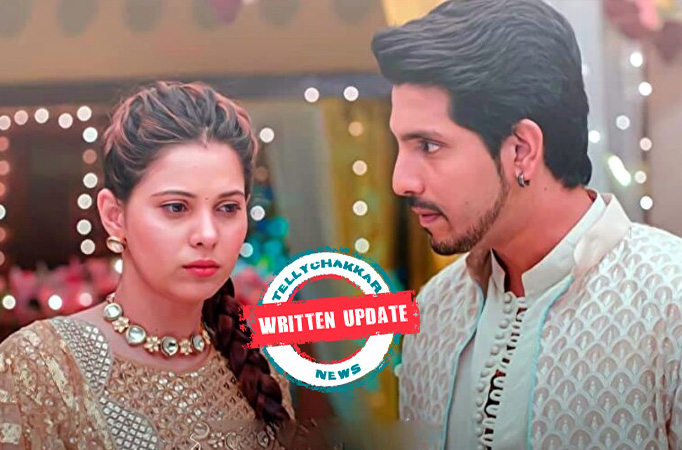 Suman reunites with Anita with Kamini

MUMBAI: The episode begins with Raavi talking to Anita. She said that Shiva was going to tell me I love you, I think I would give her a chance. Anita says no. Raavi asks what. Anita didn’t say anything, you should go with Dhara to the hospital. Raavi says you’ve changed a lot, I’ll go with Dhara. Anita says I’m going to snatch happiness from Dhara, I won’t let you unite with Shiva, sorry to have to do this for my happiness. His morning, Suman blessed Dhara and Gautam. She asks where everyone is, who is going with you. Dhara says Dev and Shiva are busy. Suman asks where Rishita is. Dhara says does not know. Suman says you should know that. Gautam says she’s mad at us already, we should give her some time. Suman says very well, where is Raavi, you will also give him an excuse. Raavi decorates the room to surprise Shiva. Suman asks Dhara to get some good news. Raavi comes and says you are going alone, don’t you take me. Dhara smiles and hugs her.

Dhara says I was waiting for you, thank God your anger is over. Raavi says no, but I thought I should come with you. Suman says thank goodness you have senses. Raavi becomes sad and complains. Dhara said I didn’t know the matter would reach here. Suman asks Raavi why did she lock the door, did you get Maayka’s treasure. Raavi says I had an extra padlock so I locked it. Suman says Raavi didn’t lock the front door. Dhara, Raavi and Gautam leave for the hospital. Krish wishes them good luck. Anita is with Kamini. Kamini says don’t get mad, you’re Dhara from now on, you’ve got the photocopy of the file, that’s it. Anita says understood. She sees Gautam and hides. Shiva is at the store. He thinks of Raavi. He says we’re the own bad guy in our love story. He says I promise that I won’t walk away from Raavi if she turns back to her way. He receives a call. Krish says Raavi, Dhara and Gautam went to the hospital. Shiva says it is good. He turns around and sees Raavi. He smiles. She asks him to come to him. He comes closer to her. They are having a romantic time. Jeena haiâ€¦ .playâ€¦. He approaches to kiss her.

Dev asks Shiva to walk away. He slaps Shiva. He asks her to go and kiss Raavi. Shiva sees the people watching. Suman is going to break the lock. She catches a sprain. She screams. Krish runs towards her. He takes her to the hospital. Raavi wishes Dhara the best. Rishita says new day, new job. She meets colleague Pratha. She receives Dhara’s message. She says I should have wished it. She sends the audio message to wish Dhara. Dhara answers him. The nurse asks if you are Dhara Pandya. Anita says yes. Krish brings Suman there. Suman sees Anita. She says I’ll call Anita. She sees Kamini with Anita. Kamini gives Anita a glass of juice. Anita thanks her. Kamini says I will make all your dreams come true. Suman asks what they are talking about. Kamini says that someone else’s dream will be shattered, no one will stop you from becoming Ms. Gautam Pandya. Suman is shocked. Dhara waits.

Precap:
Kamini says to burn wing A. Suman calls Shiva to the hospital. Shiva comes to the hospital and asks where Dhara is. Dhara is with Gautam. They see the smoke coming.

Co-founder of Colexion, Bibin Babu talks about what’s in store for fans around the world