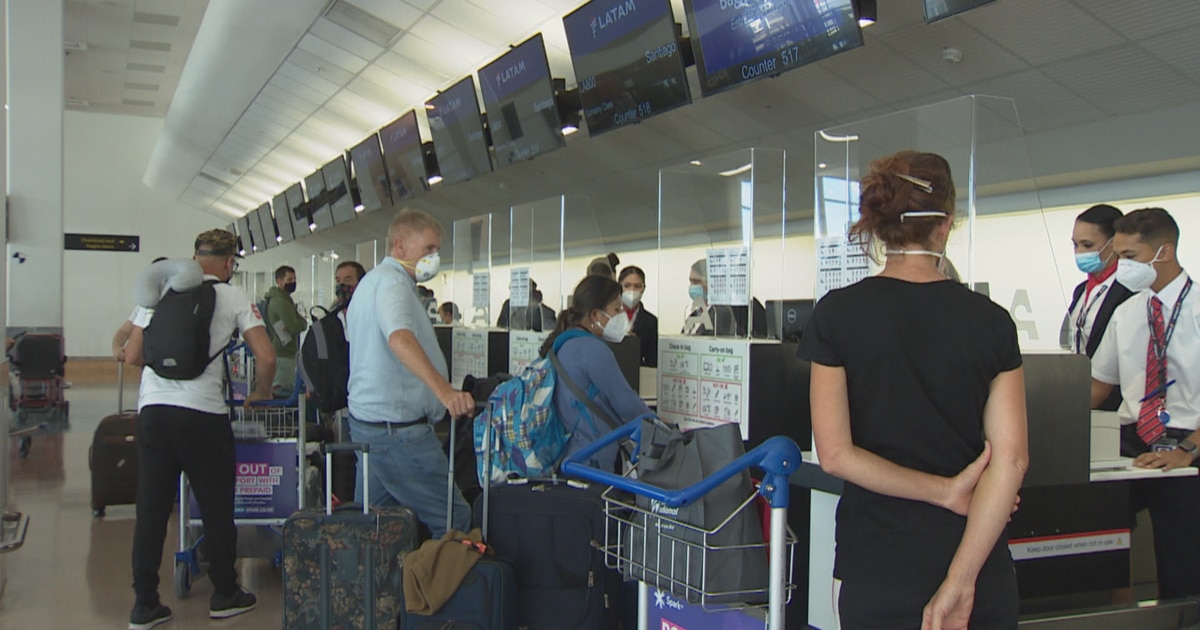 International carriers are returning to New Zealand as our borders open, signaling a time when Kiwis can fly at ease again.

Malaysian Airlines and LATAM are two of the international carriers that have returned to our skies in recent days.

Tahiti Nui and Air Calin will soon join the international fleet in our skies, Korean Air in June and Air Canada from November. This will see the return of flights to places such as Papeete, Noumea, Vancouver and Norfolk Island.

These international connections are welcome again – but the combined number is still a far cry from the 29 airlines that flew here from a total of 43 destinations in January 2020.

Wellington is also seeing the return of international routes and Queenstown expects to see its firsts in June.

On board this first flight from Auckland to Santiago, Chile, were 147 passengers. Many of them looked forward to a joyous reunion after landing – after years of separation. Some did not even tell their relatives that they would come.

A first-time recording mum told 1News she can’t wait to surprise her family and introduce them to her three-month-old baby. Many of the people on board used Chile as a stopover to get to places like Peru and Argentina.

So far, the trip to South America has been long and expensive for anyone not prepared to wait for a direct flight back across the Pacific Ocean.

Luciana Fumeo has family in Buenos Aires and, after two long years, decided to take the risk of flying away. When she went, the MIQ was still in place – there was no guarantee she could come back whenever she wanted.

It took her and her 10-year-old son, Dylan, three flights, two layovers and 53 hours to get to Buenos Aires. Normally it takes about 17.

And even though it was stressful, she said it was worth spending that time with her family again.

“It was my brother’s wedding and I didn’t want to miss it,” she said.

“We were so happy to see each other again. My grandma is still alive too, she’s 98, so it’s really special to be able to see her at least once more.”

“Two years is a long time not to be connected, but also when it comes to travel, trade, tourism and the economy,” she said.

She said the biggest growth in connections has largely been around Tasmania and the Pacific.

“It will be the northern hemisphere, and the Asian countries that will be far away.”

Justin Tighe-Umbers of the Board of Airline Representatives NZ expects it will take up to four years for international routes to return to pre-Covid levels.

“We expect from the summer to see a recovery of around 30%,” he said.

“It’s going to take some time, and there are additional headwinds at the moment, with the price of fuel due to the instability in Eastern Europe.

“But we are optimistic that we will start to see solid growth from October.”