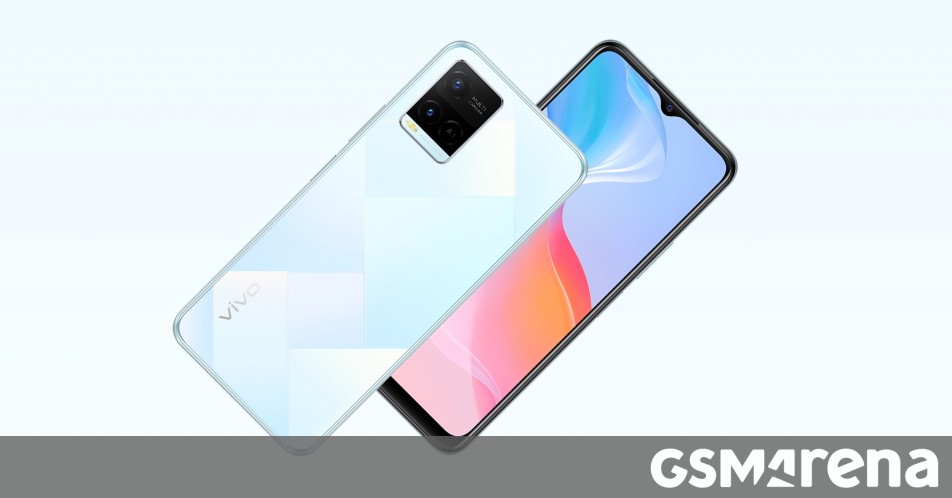 vivo wastes no time when it comes to new model releases. Just a few days ago, the company announced the Y33T as a replacement for the Y33s and a basically identical device to the Y21T, unveiled earlier. All of these phones spit images of each other. Now we have another very similar device to add to the list – the vivo Y21e.

Its 164.26 x 76.08 x 8.00mm, 182-gram all-plastic body looks very familiar, from the camera island, to the peculiar shape of the power/fingerprint reader button on the side of the device and the teardrop selfie notch. It can be purchased in Midnight Blue or Diamond Glow colors.

In terms of specs, the Y21e borrows most things from its close siblings, including a Snapdragon 680 chipset. It’s paired with 3GB of RAM (plus 500MB of extended RAM) and 64GB of expandable storage. Its LCD screen is a bit smaller at 6.51-inches and with HD+ resolution, which is a notable distinction compared to its sibling.

For cameras, you get a 13MP, f/2.2 primary camera and an additional 2MP, f/2.4 snapper. On the front – an 8MP, f/1.8 selfie stick. The Y21e packs a 5,000mAh battery with 18W charging support through the Type-C port. Other specs include a 3.5mm audio jack, FM radio, OTG support, and two nano SIM cards with dual standby. You also apparently get an accelerometer, light sensor, proximity sensor and compass, with just a virtual gyroscope. The Y21e boots vivo’s latest Funtouch OS 12, although we can’t say for sure whether it’s Android 12 or Android 11.